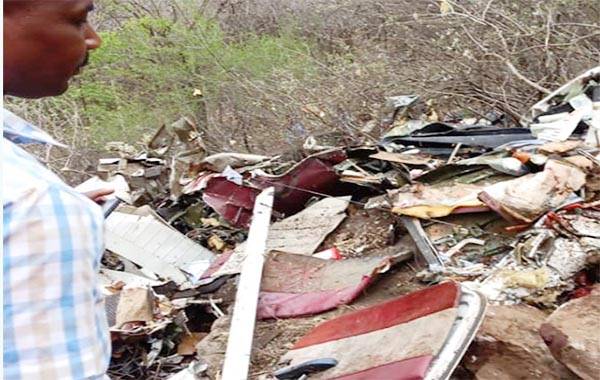 Five people, three from Finland and two Zimbabweans, died on the spot when a private plane they were travelling in crashed in Masvingo yesterday morning. The victim’s bodies were mangled beyond recognition.

The plane which was enroute to Victoria Falls from Buffalo Range Aerodrome in Chiredzi crashed at Chamanjirenji Hills near Tokwane-Ngundu area close to Renco Mine. Police secured the wreckage and waited for the Civil Aviation Authority of Zimbabwe (CAAZ) team to arrive and initiate investigations into the cause of the crash. CAAZ public relations and communications manager, Mrs Anna Julia Hungwe, confirmed the plane crash yesterday but could not give further details. Masvingo Civil Protection Unit chairman who is also the district administrator for Masvingo rural, Roy Hove, said five identity cards and passports, one from Finland, were found in the wreck.

The country has experienced an upsurge in the number of fatal accidents in the month of November, some involving buses while others involved fires.