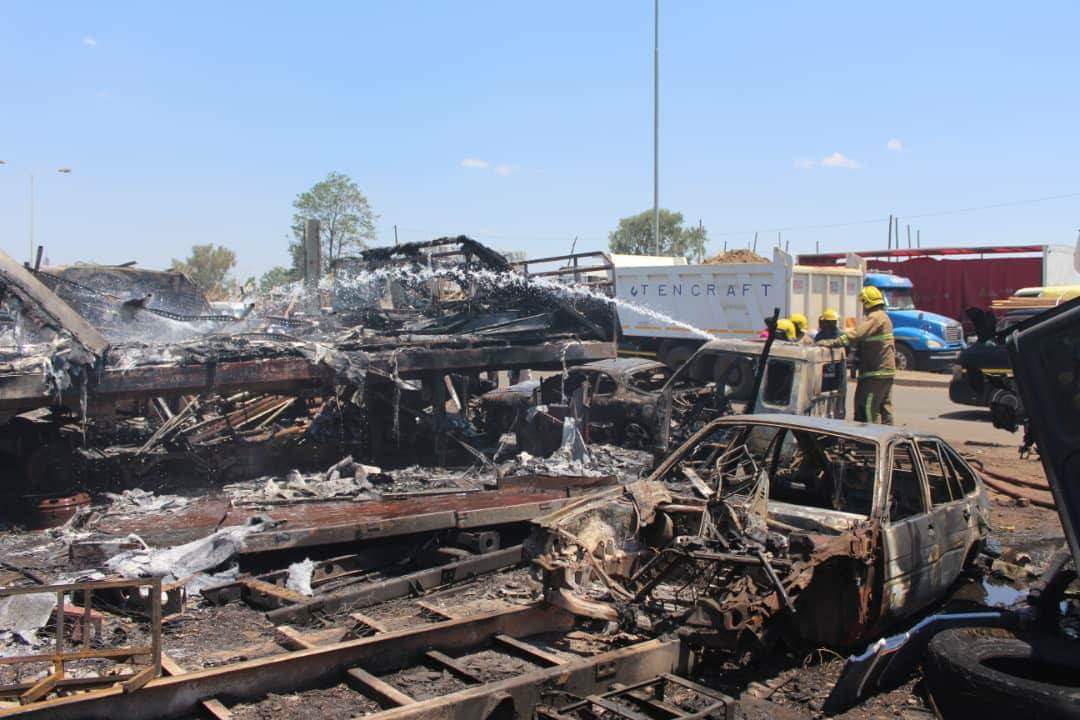 A fire which broke out at Siyaso in Mbare yesterday destroyed six vehicles and other valuable properties. The fire is thought to have been started by scrap metal dealers who were melting copper nearby and quickly spread to the nearby vehicles. Harare city corporate communications manager, Michael Chideme said

All six vehicles were destroyed. The Fire Brigade contained the fire. The fire did not affect Siyaso as it happened several metres away from the complex. One of the dealers is believed to be a 12-year-old who ran away after starting the fire.