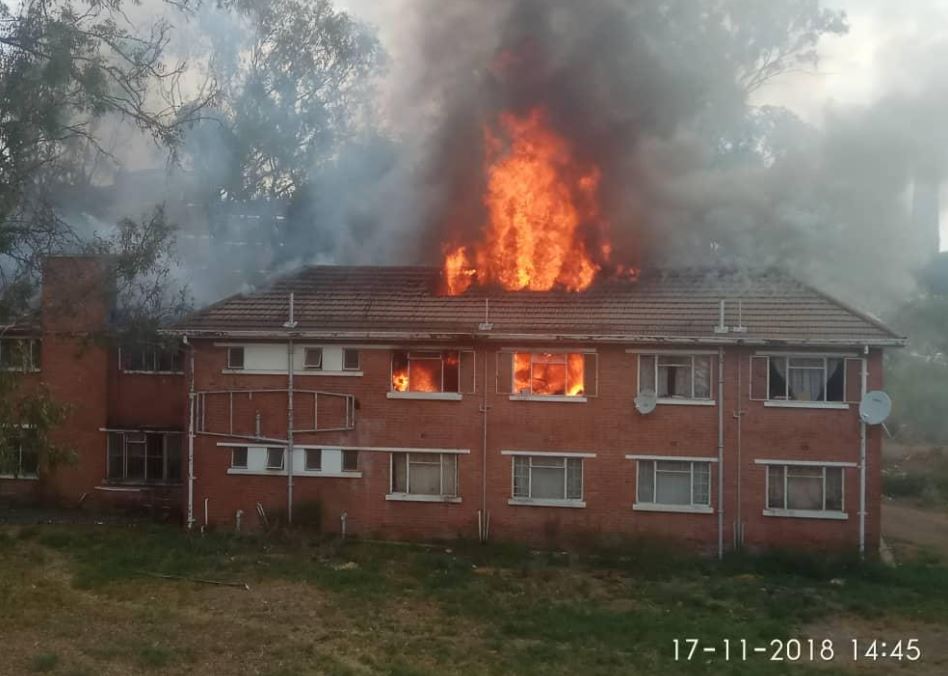 A fire broke out on Saturday afternoon at Mpilo General Hospital in Bulawayo. The fire is said to have broken out at the doctors’ quarters and it is feared that property worth thousands of dollars has been lost in the inferno. Firefighters were seen battling the blaze. The cause of the fire is still unknown.

Raj Modi who is Deputy Minister of Industry and Commerce; and Bulawayo South MP attended the scene.

The doctors’ quarters at Mpilo Hospital have gone down in flames. The quarters are used by junior doctors on call. Speed repairs should be done as most patients depend on the rapid response of the doctors. I am relieved that no lives were lost – lives matter most than property.