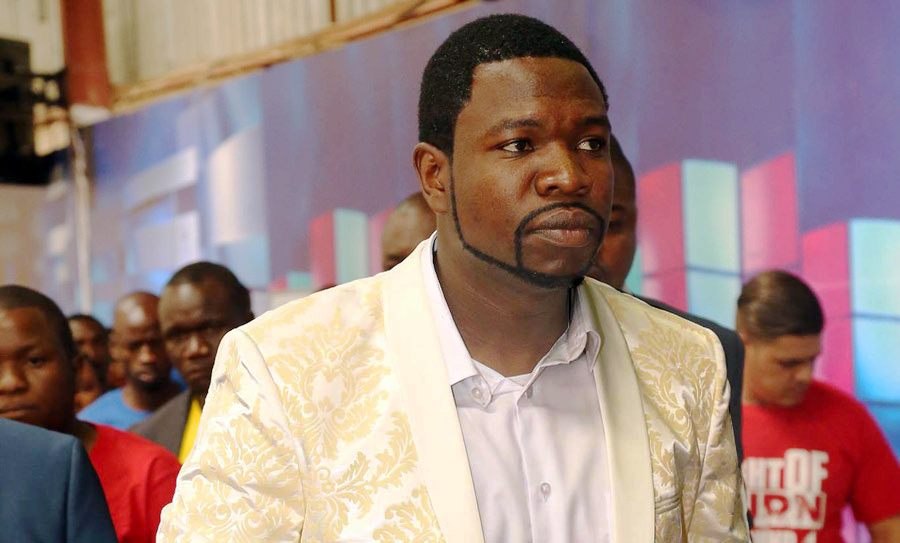 Prophetic Healing and Deliverance founder Walter Magaya appeared in court today and was released on $300 bail. He was ordered to surrender title deeds to his Waterfalls property, among other conditions. His next court date is 26 November.

The court heard Magaya attempted to destroy some of the exhibits by flashing them in the office toilets and burning the containers which were however covered half burnt. Several Aguma satchets and other torn satchets were also covered in an office bin next to the Call Centre Office. 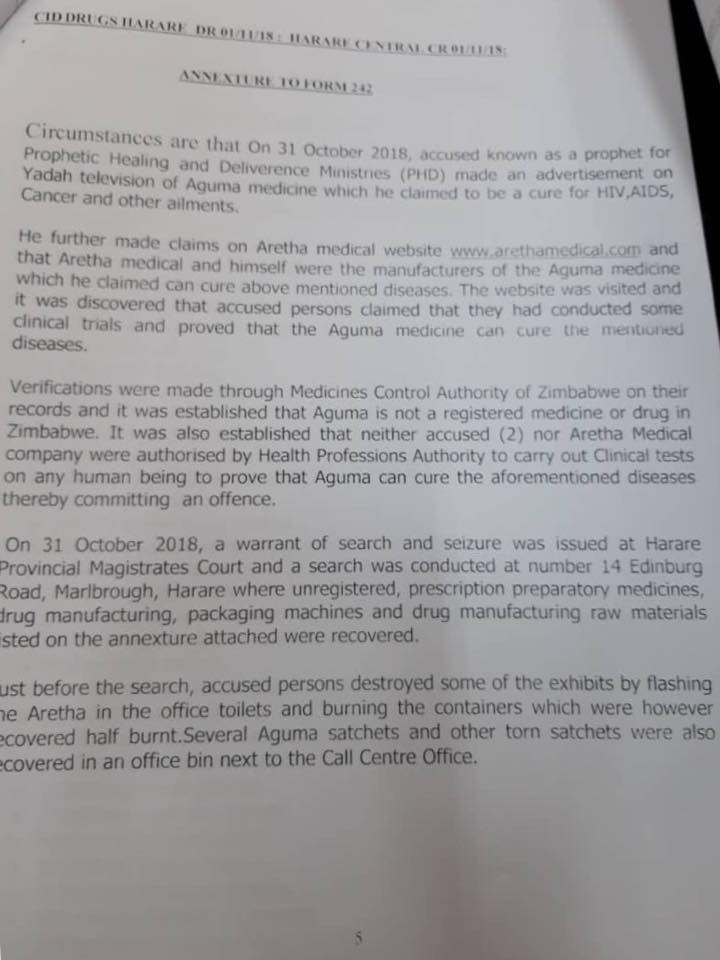