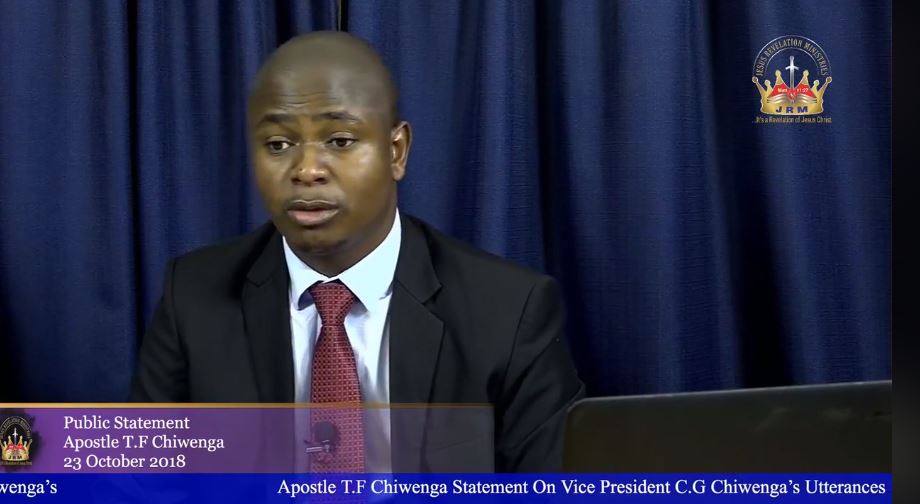 In a video recording, Apostle Talent Chiwenga said he now fears for his life after his cousin Vice President Constantino Chiwenga issued a stern warning against him for attacking the national leadership.

Vice President Chiwenga issued a warning following a prophesy by Apostle Chiwenga that two senior government officials will lose their lives. In his latest recording, Apostle Chiwenga narrated how he was forcibly interrogated and threatened by security officials in Hwedza, where people had gathered over the weekend to pray with the vice president at his rural homestead. Said Apostle Chiwenga:

… I now fear for the lives of my children, my wife and those that I work with. If I die today, people of the world I want you (to) know, this is the reason why I am going to die. The vice president has got so many resources at his disposal, I may die through an accident, I may be shot dead, I may be poisoned, I may disappear, like Itai Dzamara disappeared. I am not saying the vice president is the one behind the disappearance of …Dzamara, I am simply mentioning the name of .. Dzamara because he also disappeared, because he also criticised a government that feels it is invincible, it is unquestionable to the people that it governs.