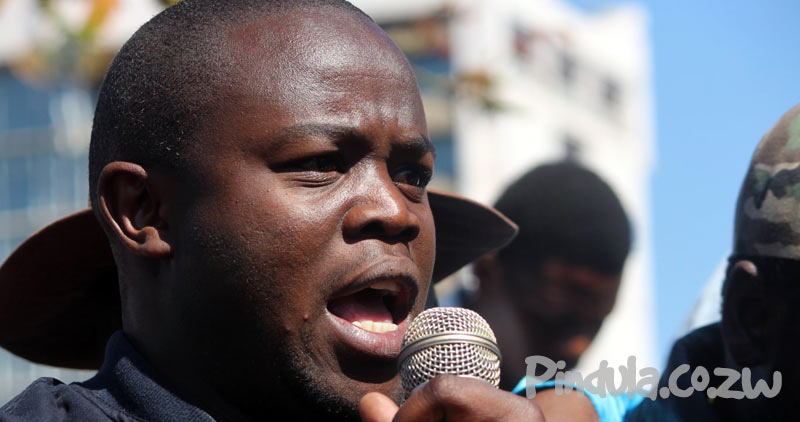 Tajamuka/Sesjikile Campaign has issued a press statement calling for a national shutdown starting tomorrow. They have also threatened to oust President Mnangwagwa if he does not abolish the 2 cents per every dollar tax by mobilising citizens on the 17th of November 2018.

We publish the full press statement below:

Tomorrow, we are falling or rising together.

As Tajamuka, we have called for a national shutdown for reasons that we have already stated nationally and publicly.

We want to state categorically clear that this is not about Tajamuka or about ZANU PF or about the MDC or about individuals. This is about the government, governance and the economy. We deserve respect from our government. And its time that we acted in a manner that will show the government that we deserve the respect.

We are saying, we don’t care who governs us, but we care how we are governed. So far so bad! Those governing us have and continue to take us for granted. If this was acceptable in the past, it will not be acceptable from tomorrow going forward.

Surely, how can people borrow farm implements from the RBZ and transfer their own debt to the citizens, how can we deposit USDs to banks, ecocash, investments, pensions, savings and the government just wakes up and change all that to the useless bond notes and expect everything to be business as usual.

So tomorrow we are taking a stand, a stand for history and for posterity. We are saying never again, will we, as a country, as a people and as a generation allow a clique of few people to squander our country and its resources the way we have witnessed over the last decades.

For so long we have watched you abuse our resources, our civil servants, our vendors, our students, our elderly, our youths, our farmers and farm workers, our rural folks, our urbanites, our women and even our children. Tomorrow, whether we succeed or not, we are drawing the line in the sand, and beginning a new and historic chapter in our country.

The government must and will be accountable and responsive to the needs and sensibilities of the people as from tomorrow going forward. If Mnangwagwa does not abolish the illegal and fraudulent tax, we are going to mobilise the citizens to oust him on the 17th of November 2018, the very day he and the military ousted Mugabe last year.

Fellow Zimbabweans, you can underestimate tomorrow`s struggle and events at your own peril. We are determined to give this country another chance, and to stand with the poor, the vendors, civil servants, students and even business who today are sidelined in favour of foreigners.

So tomorrow let us show them. It doesn’t matter which political party, tribe or church you come from, we are all under the bus and we must pull together to free ourselves from the senseless and needless weight.

What are we demanding by the way?