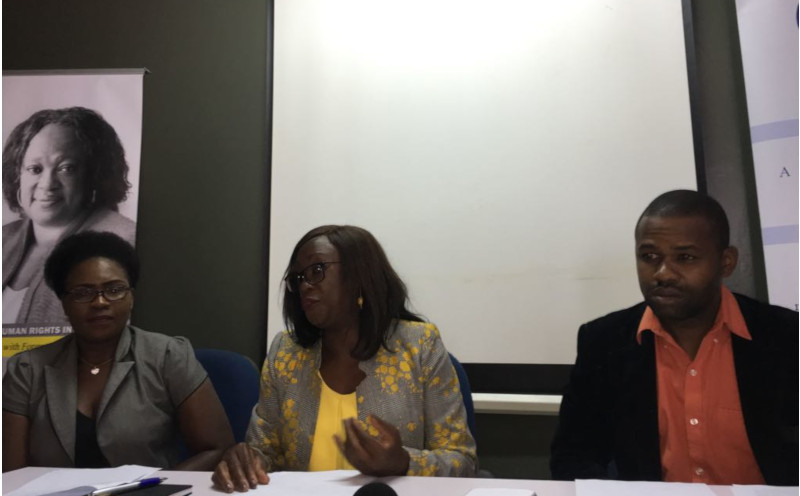 Human rights campaigner and Director of the Zimbabwe Peace Project, Jestina Mukoko has been awarded $150 000 compensation by the High Court. The compensation is for the damages that Mukoko suffered when she was kidnapped, tortured and held incommunicado for three weeks by state security agents in December 2008.

In 2009, Mukoko filed a $220 000 lawsuit against Didymus Mutasa, who at the time of her abduction served as State Security, Lands and Land Reform Minister and others for damages she suffered she suffered during her ordeal. In 2017, Harare High Court Judge Justice Nyaradzo Munangati-Manongwa ruled that Mutasa, Brigadier General Asher Walter Tapfumaneyi and Chief Superintendent Peter Magwenzi of ZRP could be sued in their personal capacities for abducting and torturing Mukoko. This was despite a spirited defence from the trio who claimed that they had been acting in their official capacities. However, this was shot down by Mukoko’s lawyer Beatrice Mutetwa who argued that no one is employed in any official capacity to commit heinous crimes such as torture. Addressing the media today, Mukoko said,

In a case of triumph over impunity, Zimbabwe Peace Project (ZPP) and Zimbabwe Lawyers for Human Rights (ZLHR) welcome the judicious decision handed down by the High Court, which on 27 September 2018 ordered the state to pay $150 000 to Jestina Mungareva Mukoko, a pro-democracy campaigner and the Director of ZPP. In a Deed of Settlement endorsed by the High Court, the defendants have been ordered to pay $100 000 to Jestina in respect of her claims while a further $50 000 will be paid as a contribution towards her legal costs. The High Court ordered that the total payment of $150 000 must be made on or before 31 October 2018.

Jestina was abducted by some unidentified armed men from her home in Norton on 3 December 2008, and her whereabouts together with two ZPP employees Broderick Takawira and Pascal Gonzo, who were also abducted later in December 2008 remained unknown until December 24, 2008, when they first appeared before the Harare Magistrates Court, after weeks of being held incommunicado and being tortured. In court, Jestina and her colleagues and dozens of other pro-democracy campaigners were accused by government of plotting to topple Robert Mugabe’s administration through recruiting people to undergo military training in neighbouring Botswana. After her release from a torturous three months stay in prison, Mukoko with the assistance of her lawyer Beatrice Mtetwa, a member of ZLHR, took legal action against the state. In September 2009, the Supreme Court granted a permanent stay of prosecution in favour of Jestina Mukoko due to the violation of several of her fundamental rights by state security agents as she had been subjected to torture and inhuman and degrading treatment including simulated drowning. being locked in a freezer and being subjected to physical assaults as her tormentors tried to make her confess to plotting to overthrow the administration of Zimbabwe’s former leader Robert Mugabe.

In 2017, the High Court ruled that those who had illegally arrested her could be held liable in their own individual capacities and the case culminated in lengthy protracted negotiations that have led to this outcome…This outcome will not make up for the scars inflicted on her but it will contribute to the healing process while emboldening all those who may still be pursuing justice against the excesses of the state. including those who suffered a similar fate like mine, who are yet to get justice. I am aware, others that were abducted and disappeared as me, have had their cases stagnant with not much progress as the files are said to have been sitting in ‘one office’ for many many years. I take that again. many, many years!

The patrimonial settlement cannot atone for the trauma and suffering that I suffered and went through at the hands of the state security agents who were ruthless, merciless and very evil. It will not make for lost time as my liberty and all other human rights accorded to me by virtue of my being human was unjustifiably curtailed nor will it provide solace for my traumatised family — my mother, son, brothers, sisters in law, extended family, friends and other peace-loving citizens.

However, it is a victory for the rule of law, constitutionalism and a mortal blow to impunity. The High Court’s decision is proof that the justice system is still able to prove the involvement of the state and its representatives in gross human rights violations, and bring them to account, with justice being done for the victims like myself. It sets a landmark precedent, shows that the state actors can be held accountable for their illegal conduct. It also sends a message to the overzealous enforcers of orders and in this case very illegal orders to violate a plethora of my rights that they will be held responsible for their actions and this can even be in their personal capacity….My resort to litigation and the subsequent victory in coup sends a strong signal that state-sponsored crimes cannot go unpunished.

…The High Court’s decision sends a clear signal to the Zimbabwean authorities, who must do everything in their power to guarantee victims access to impartial justice and to put an end to the endemic impunity that is enjoyed by torturers and the perpetrators of serious human rights violations…his settlemtent conies at a time when the Commission of Inquiry into Post Election Violence set by President Emmerson Mnangagwa has started its work to establish the facts around the circumstances that led to the death of six people on 1 August 2018 in Harare, after members of the Zimbabwe Defence Forces opened fire against protesters…