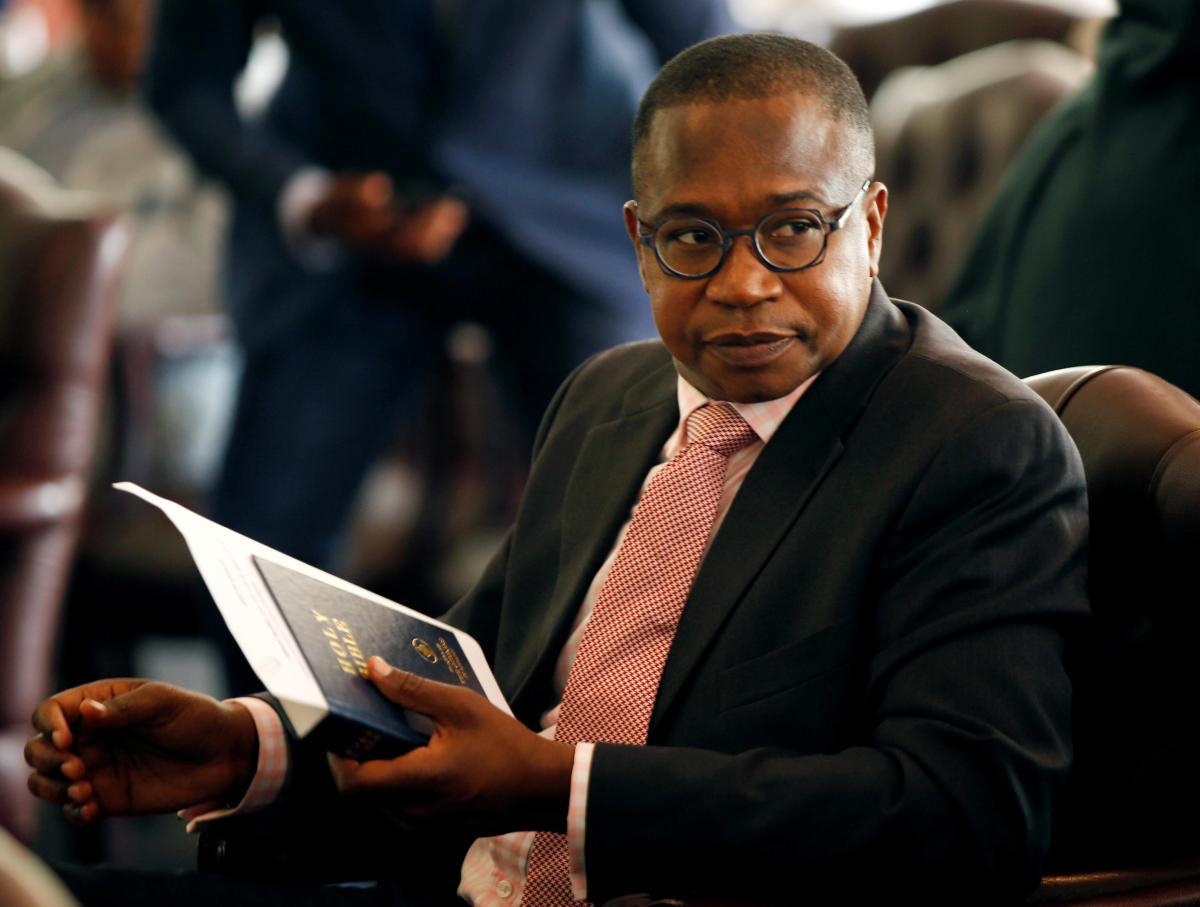 1. The economy is showing signs of recovery albeit with a number of challenges and risks. Indications are that, the economy will grow by 6.3% against the original Budget projection of 4.5% and 4.8% estimated for 2017. With this projected growth Zimbabwe will join the “6% dub” of African countries growing at more than 6% per annum.

2. However, the quality of the growth, which is primarily being driven by two sectors of agriculture and mining is obviously not inclusive.

3. Moreso, the growth trajectory faces Asks and challenges which are related to the following:

4. These challenges are however not insurmountable. These challenges call for urgent reforms. It cannot be business as usual. Bold decisions need to be taken on the reforms front in order to stimulate growth and sustainable development.

5. At the centre of the above challenges, is the unsustainable high budget defidt. This challenge has had destabilising implications not only to the financial sector but to the rest of the economy.

6. The financing of the deficit was mainly through domestic borrowing with the use of instruments such as Treasury bills, overdraft with the Central Bank, cash advances from Central Bank, arrears and loans from the private sector.

7. Such financing mechanisms is crowding out the private sector, hence constraining production. This also increased money supply in the economy translating into exchange rate misalignment and inflationary pressures now at 4.9%, as at August 2018.

8. Similarly, the high deficit has ignited expansion of domestic debt from US$275.8 million in 2012 to current levels of US$9.5 billion against US$7.4 billion external debt. This brings total public debt to US$16.9 billion.

9. In the context of the above developments, macro-economic and fiscal stabilisation becomes critical and urgent and should invariably target the fiscal deficit. A stable macro-economic environment is an essential precondition for growth and improvement of living standards for our people.

10. It allows individuals, businesses and the Government to plan more effectively for the future. In addition, it increases investment and helps to raise productivity.

11. In his State of the Nation Address during the opening of the Seventh Parliament, the President emphasised the need to restore fiscal equilibrium. Therefore, in order to complement and support the Monetary Policy measures that have been announced by the Governor of the Reserve Bank of Zimbabwe, I hereby announce a number of fiscal measures and fiscal roadmap.

12. These measures are also necessary for effective fiscal and monetary coordination in order to restore macroeconomic stability.

13. The Budget deficit has increased over the years to unsustainable levels. Various measures need to be taken in order to reduce it, so that it seizes to be an albatross on the growth of the economy.

Financing of the Deficit Overdraft. facility at RBZ

15. Consequently, Government will effectively limit the use of the RBZ overdraft facility and curtail RBZ advances to Government in line with Section 11(1) of the Reserve Bank Act [Chapter 22:15], which states that borrowing from the Reserve Bank shall not exceed 20% of the previous year’s Government revenues at any given point.

18. This is a cost to Government. Excessive issuance of short-term debt instruments at high interest rate also crowds out the private sector and compounds the increase in Government recurrent expenditure.

19. Accordingly, Government in its management of domestic borrowing, is reviewing the use of Treasury bills in support of socio-economic development programmes.

20. Going forward Treasury will seek to finance Government’s vital socio-economic development programmes by use of instruments that “crowd in” the private sector, including public private partnerships or Government guarantees to financial institutions.

21. Such guarantees will only be a contingent liability to Government, unlike Treasury Bills that have a direct and immediate cash flow implication on Government.

22. In addition, recourse to the guarantee scheme would require demonstration by a financial institution that they have made best effort in seeking to recover the loan from a borrower

23. Precisely, any issuance of Treasury Bills, in the future will only be through the auction system, a more market oriented system. This will improve the process of price discovery and better pricing.

24. The duration profile of the current domestic debt will also be lengthened in line with inflationary expectations.

25. Government shall be encouraging the issuance of publicly traded infrastructure bonds in order to crowd in the private sector and diaspora participation in national infrastructure programmes. This will contribute to deepening the fixed income market.

26. Government has carried out an exercise of categorising all State Owned Enterprises according to their degrees of viability, profitability and balance sheet strength. The process of privatisation will be accelerated for those State Owned Enterprises that rank highly on privatisation scale. This will not only improve their viability but also strengthen the public private partnership character of the Enterprises and generate much need revenue to government.

27. Treasury is accelerating the process of re-engagement with international partners and creditors in order to clear arrears on external debt. Following the roadmap developed in Lima, Treasury is in dialogue with the international financial institutions who are our creditors, seeking to eventually clear the US$2.5 billion owed to the African Development Bank, the World Bank and the European Investment Bank.

28. Simultaneously, Treasury is engaging key Paris Club creditors with a view to restructuring US$2.8 billion owed to them. Such debt resolution will help restore the international credit standing of Zimbabwe, resulting in improved access to new external credit lines and investment flows.

29. Negotiation on this process will continue at the WB/IMF Annual Meeting in Bali, Indonesia from 10 — 14 October 2018.

30. The pressure on the Reserve Bank of Zimbabwe to source and allocate foreign currency for fuel consumption on a monthly basis is enormous. One long term solution is to create a world-class “Regional Fuel Dry Port” out of the Mabvuku Loading Gantry and Msasa Depot fuel storage facilities. The vision for this inland fuel port will turn it into a vital regional fuel port that will serve neighbouring countries.

31. An additional pipeline could also be built from Beira to the fuel storage facility in order to increase capacity.

32. A strategy in this regard will be developed and new investors invited, so that in the end the multiple fuel importers can source their own foreign currency in the market.

34. Treasury introduced the Intermediated Money Transfer Tax with effect from 1 January 2003 through the Finance Act 15 of 2002. The tax was set at 5 cents per transaction, which was a specific tax. However due to the increase in informalisation of the economy and huge increase in electronic and mobile phone based financial transactions and RTGS transactions there is need to expand the tax collection base and ensure that the tax collection points are aligned with electronic mobile payment transactions and RTGS system.

35. The information we have so far is that in 2018 1.7 billion transactions went through as compared to 50 million four years ago.

36. I hereby review the Intermediated Money Transfer Tax from 5 cents per transaction to 2 cents per dollar transacted, effective 1 October 2018.

37. I am therefore directing financial institutions, banks and ZIMRA, working together with telecommunication companies to extend the collection to all electronic financial transactions.

Effectiveness and Efficiency in Revenue Collection

38. In order to enhance governance at ZIMRA, I hereby terminate the term of the current Board with immediate effect. I have proposed names of new Board members which are currently being cleared.

39. The new Board will be announced in due course. In the meantime, ZIMRA senior management will be reporting directly to Treasury. I take this opportunity to thank the outgoing Board members for the services rendered. ZIMRA senior management is hereby directed to cease all recruitment of new personnel within ZIMRA until a new Board is in place. This is to allow the new board to have input into critical appointments.

40. Going forward, systems of ZIMRA will be upgraded and enhanced in order to improve efficiency in revenue collection, especially at border posts. Mechanisms will be put in place to eradicate any corrupt activities.

41. In pursuing international reengagement and in benchmarking performance, Treasury will accelerate cooperation with international financial institutions and bilateral partners, and other international organisations, some of the organisations will help the country in enhandng its capacity in enacting economic reforms.

42. Colleagues thank you. You have listened to the monetary measures presented by the Governor and the fiscal measures I have just presented, all aimed at stabilising our economy. This is the beginning of our reforms in fine with the Vision 2030 pronounced by His Excellency, the President, which seek to usher Zimbabwe into an upper-middle class economy by 2030.