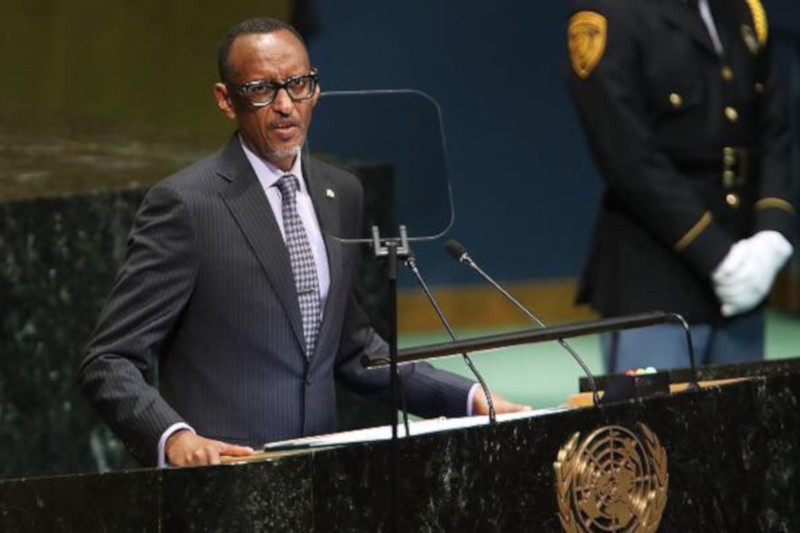 Paul Kagame the President of Rwanda and the chairman of the African Union (AU) has called on the internal community to support Zimbabwe because the country was on a path of progress. Addressing the 73rd Session of the United National General Assembly in New York on Tuesday, Kagame spoke of key political transitions being held in a peaceful manner and singled out Horn of Africa countries as well as Zimbabwe. Said Kagame

We gather here and work together to make the United Nations more relevant to all people. The positive developments in Africa over the past year merit this body’s attention.

…This year also provided examples of regional security affairs and key political transitions being handled in a peaceful and forward-looking manner. More effective consultation and leadership is reducing the need for external mediation, and this is how it should be.

The momentous developments in the Horn of Africa (Ethiopia, Eritrea, Djibouti, and even Somalia) are the most remarkable. The region’s leaders deserve our full support, as they set aside decades of mistrust and work toward a comprehensive settlement. It is important for the United Nations Security Council to collaborate closely with the African Union to accompany this process of normalisation.

In Zimbabwe as well, the next stages on the country’s path of progress warrant steady encouragement from the international community.