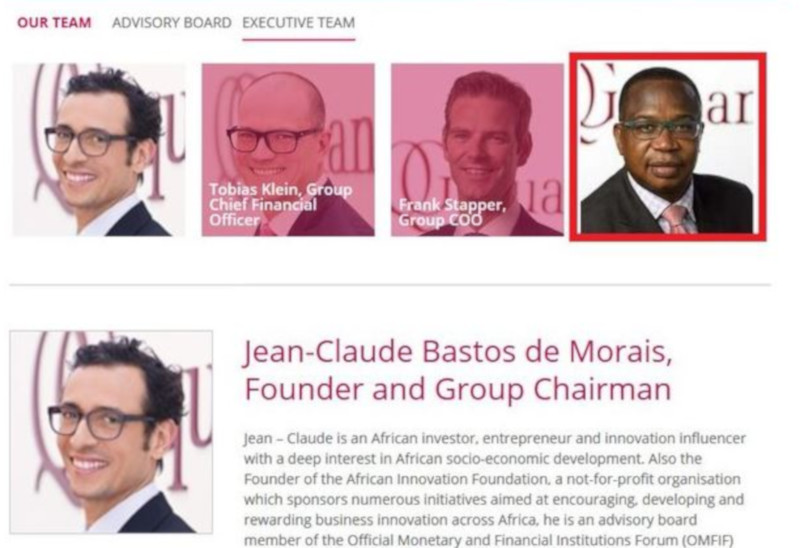 Finance Minister Mthuli Ncube’s former boss and founder of Quantum Global Jean Claude Bastos de Morais was arrested yesterday and in Angola. De Morais was arrested together with friend and business partner Jose Filomeno dos Santos, son of former President Jose Eduardo dos Santos. The two have been placed in detention on suspicion of embezzling national funds over the alleged illegal transfer of $500 million from state coffers to an HSBC Holdings Plc account in the U.K. In a statement, the Angola state prosecutor’s office said,

The evidence gathered resulted in sufficient indications that the defendants have been involved in practices of various crimes including criminal associations, receipt of undue advantage, corruption, participation in unlawful business, money laundering, embezzlement, fraud among others

Mthuli Ncube was the Managing Director and Head of Research Lab at Quantum Global. In January, the company organised and sponsored a business luncheon for President Emmerson Mnangagwa to Meet with investors in Switzerland. Ncube has since resigned from this post.