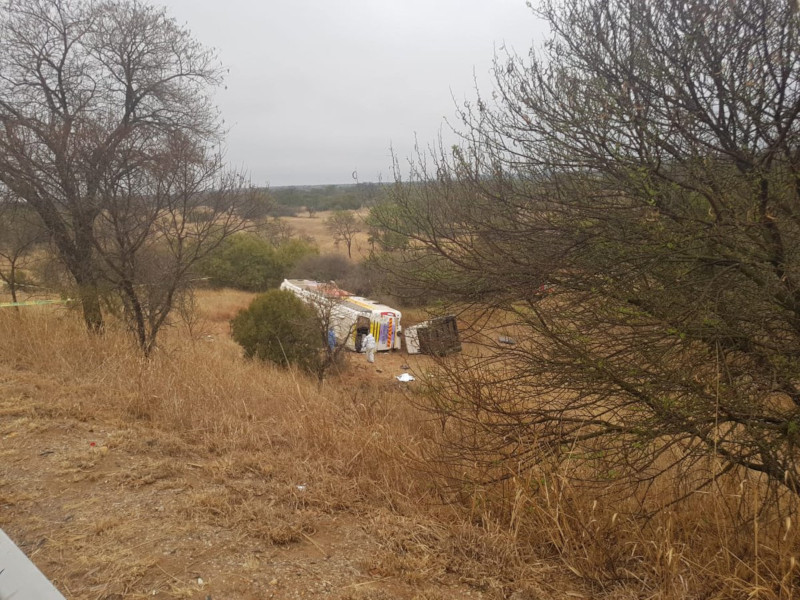 George Themba, 41, the driver of the Intercape Bus which overturned near Polokwane last week while travelling from Harare to Johannesburg has been denied bail after appearing before the Polokwane Magistrate’s Court. Themba who was charged with nine counts of culpable homicide and another charge of reckless driving was remanded to the 2nd of October. Limpopo police spokesperson Colonel Moatshe Ngoepe said,

He was denied bail and his cases were postponed to 2 October 2018 for further police investigations… The bus was carrying 61 occupants‚ including the driver and the crew. Nine out of 61 were certified dead at the scene. The 52 other injured people including Themba were taken to different hospitals for medical treatment

As the process of intensive investigations by the police was unfolding‚ especially on the possible cause of that accident‚ he disappeared following his discharge from hospital and fled towards the Beit Bridge port of entry. The police were then tipped off‚ they swiftly responded and subsequently‚ the driver was caught hidden inside the goods trailer‚ trying to illegally cross the border to Zimbabwe.