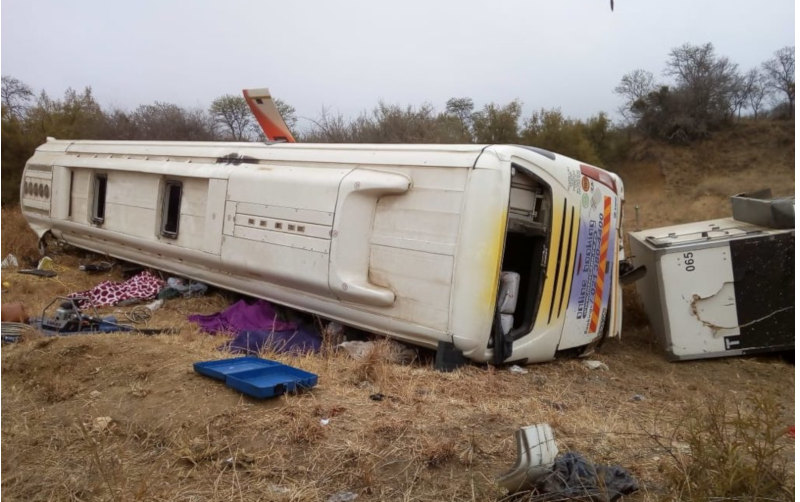 At least 9 people have been reported to have died while a further 34 were injured this morning after an Intercape bus overturned on the N1 highway in Polokwane, South Africa. The bus is reported to have been travelling from Harare to Johannesburg. Five people sustained critical injuries while 29 others sustained minor to moderate injuries. The cause of the incident is yet to be established. Paramedics treated the patients and provided the critically injured with advanced life support interventions. Once treated, the patients were transported to various hospitals for urgent treatment.

The crash follows the death of 11 people on Monday morning when a bus travelling from Zambia crashed in Polokwane.

The authorities have since said that nine people and not ten died in the crash.