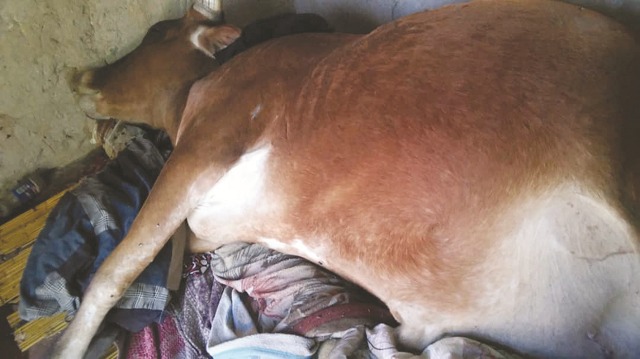 Chakwenya villagers under Chief Chiendambuya in Manicaland were left speechless when an ox went berserk, tried and failed to trample its owner before it stormed into his bedroom, “jumped into his bed” and immediately died.

The incident was shocking as it was alleged that, before the ox entered the bedroom, it had ferociously charged at its owner,  one Job Chakwenya, who ran away while calling for help.

It is true that the incident of that nature happened at my homestead. On the fateful day the ox just came from the nearby bush and charged at me and as result, I ran away while shouting for help from neighbours.

During the melee, the homestead was deserted and I think the ox exploited the opportunity by getting into the bedroom where it later died.

When I later returned in the company of some neighbours we found the ox lying lifelessly in my bedroom. I quickly phoned the police and officials from the veterinary department who came and examined it. After examining it they said it was attacked by rabies