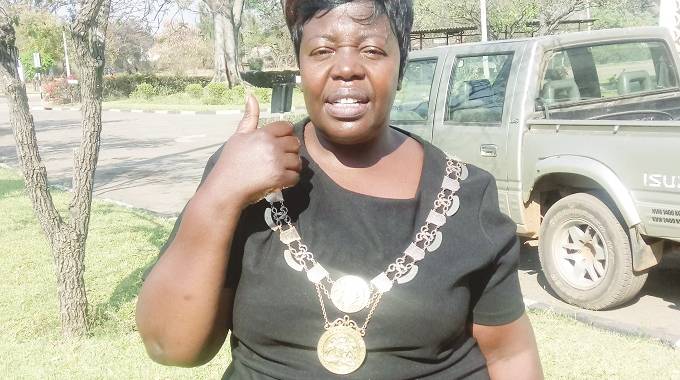 Ward 10 Councillor, Angeline Kasipo, yesterday became the first female Mayor of Kwekwe after she was elected unopposed. Shadreck Tobaiwa was elected deputy mayor after the swearing in of councillors at Kwekwe Civic Centre.

A total of 14 councillors were sworn in yesterday. In her acceptance speech, Kasipo promised to ensure uninterrupted water supply. She also said she will not force vendors off the streets before an alternative site is created for them. Said Kasipo:

I feel humbled by the gesture and the confidence that people of Kwekwe have shown in me. I promise to repay them through servant leadership. I will be there for the people. I feel people in Kwekwe should have uninterrupted water supply. I promise to ensure that the water supply system is working right round the clock. I feel it is a bit unfair for us to say vendors should be removed from the streets when we have no alternative for them. I think it is prudent to create space for them then we move them there.