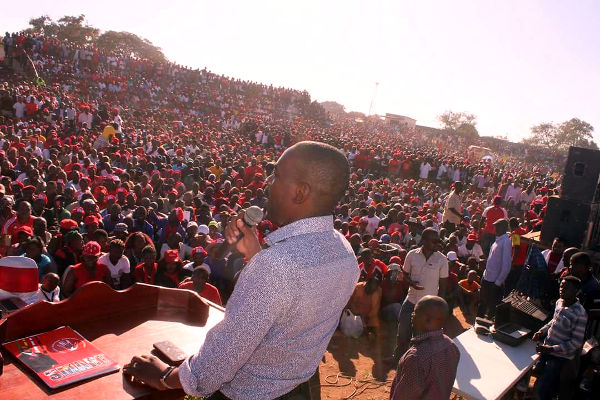 Speaking to NewsDay, MDC Alliance organising secretary Amos Chibaya confirmed Chamisa, sitting in consultation with party leadership, had resolved to call off his planned Kwekwe “thank you” rally and allow the matter to be determined by the courts instead of raising political tensions by defying a police ban.

Our leadership weighed the benefits of having running battles with the police, getting our supporters shot at or arrested and that of allowing the courts to determine our application. We then decided to give the courts a chance to arbitrate so we called off the rally. We approached the courts seeking to have the ban overturned, but we could not get a judge on Friday at the Bulawayo High Court. We were told they were unreachable on their phones.

One Comment on “Chamisa Calls Off Kwekwe Rally, Takes Matter To Court”