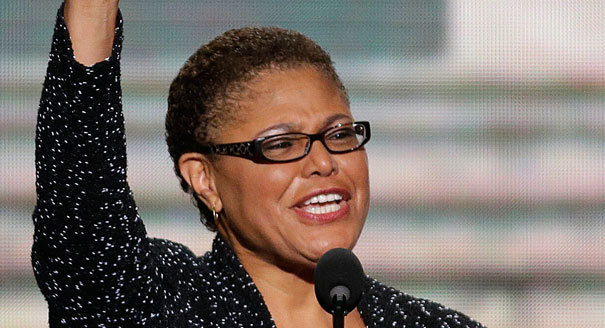 In an interview with VOA, United States Congresswoman Karen Bass of the 37th Congressional District in California, urged MDC Alliance leader Nelson Chamisa to oppose President Mnangagwa peacefully saying she does not like current US President Donald Trump but she has accepted he is the president.

Bass advised Chamisa to continue to participate as a member of parliament, to expand and organise his base and to run for the presidency again in the next election. Below is an excerpt of the interview between VOA’s Gibbs Dube (GD) and Bass (Cong. Bass):

GD: So looking at the way things are going, you know, Mr. Nelson Chamisa of the MDC Alliance is saying no, you know, he’s the legitimately-elected president of Zimbabwe and he is digging into his trenches. So what’s the way forward for Zimbabwe?

Cong. Bass: Well again, I hope the way forward is peaceful opposition. I mean look, look at our situation here. I don’t like our current president and we had a very messy process here in the United States and many people questioned the legitimacy. But he is the president and as long as he is the president, you know I can say I don’t want him to be the president all day long, but I am a member of Congress and I function as part of government and he’s the president. And I am hoping that we’ll be able to change that in 2020 if not before.

Congresswoman Bass was in Zimbabwe recently to observe the harmonized elections as part of the observer mission organized by the National Democratic Institute and the International Republican Institute.