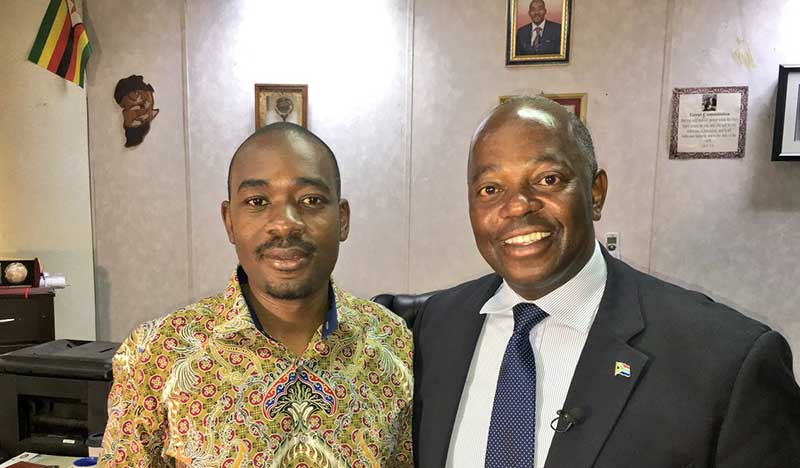 MDC Alliance leader Nelson Chamisa has ruled out working with President Emmerson Mnangagwa and Zanu-PF in a coalition government saying that his supporters are against it. Speaking to Peter Ndoro on Sabc News, Chamisa said,

We must be able to protect the vote, otherwise, we will not be able to convince anyone to go to elections five years down the line. Our people have said ‘Mr Chamisa, don’t work with these people’. They are saying don’t join hands with the Crocodile (Mnangagwa’s moniker), you will be drowned’ like what happened to president Tsvangirai when he worked with (former President) Robert Mugabe, he was diluted, we were diluted, we ended up losing focus and manipulated out of power…Far from my fate being sealed. In any event, it’s not about Chamisa, it’s about the people of Zimbabwe, they voted for a particular choice, but they were cheated. They were deceived, but that deception is not going to last forever. We have the authority. This country belongs to the people.

One Comment on “Chamisa Rules Out Working With Zanu-PF”