ZimCitizensWatch.org, a platform created by local NGO, Sivio Institute, has released a tool to track the President’s promises made n the manifesto, the pledge card, and other pronouncements. According to ZimCitizensWatch Emmerson Mnangagwa has made  234 promises and the bulk of these are economic.

The tool allows users to select a category of promises and drill down to specific promises made and at what stage of fulfillment they are. 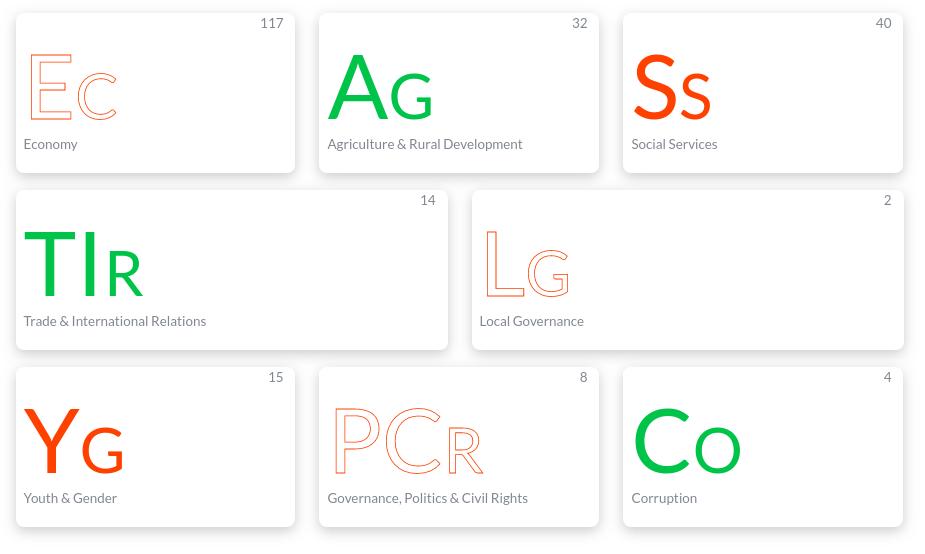