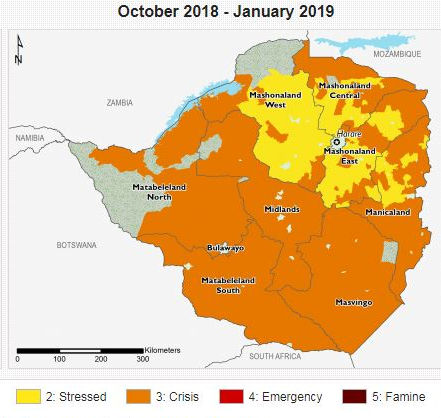 A US government NGO,  Famine Early Warning Systems Network, has warned of an acute food insecurity crisis to hit Zimbabwe from about October this year to January next year.

In an update this month the organisation said: 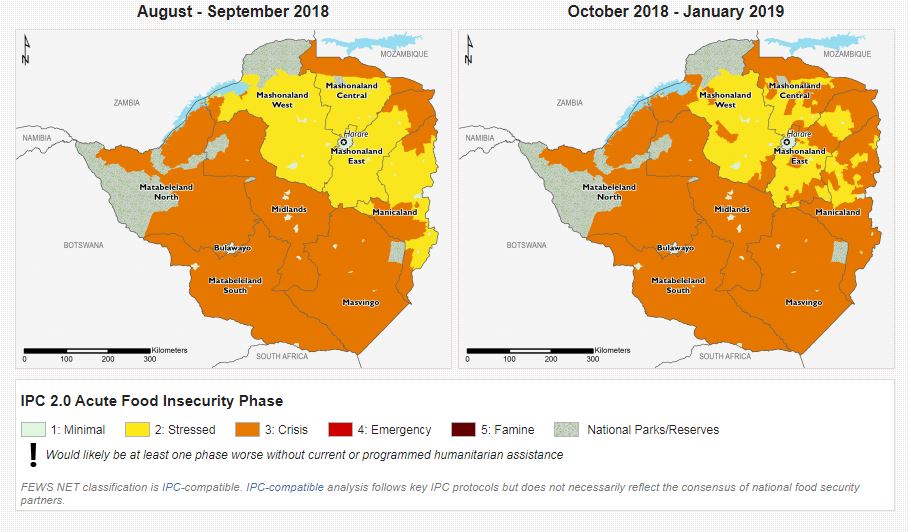