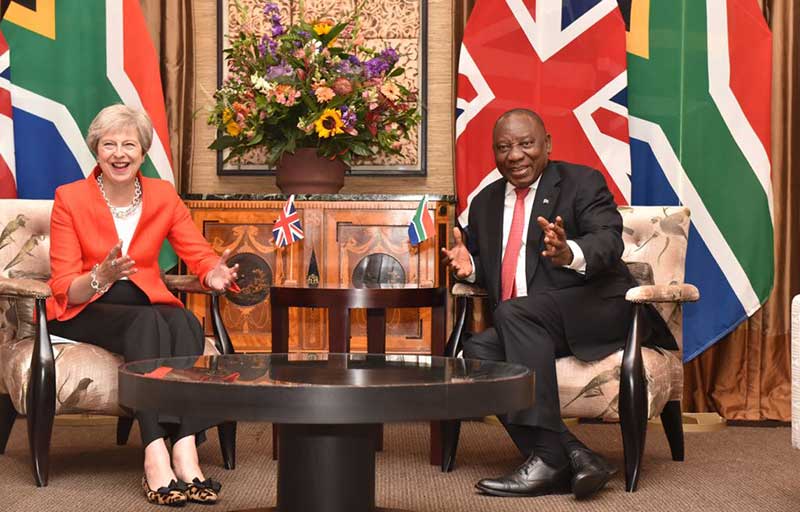 Britain’s Prime Minister Theresa May has said that her country supports South Africa’s efforts to redistribute the land through a legal and transparent land reform process. May who is on a tour of Africa, which will see her visiting South Africa, Kenya and Nigeria said,

The UK has for some time now supported land reform. Land reform that is legal, that is transparent, that is generated through a democratic process. It’s an issue that I raised and discussed with President Ramaphosa when he was in London earlier this year. I’ll be talking about it with him later today.

Almost 20 years ago, Zimbabwe fell out with Britain and its allies after it embarked on the fast track land reform programme where land was expropriated with no compensation.  United States president Donald Trump last week alleged that there were large-scale killings of white farmers and said that he had tasked US Secretary of State Mike Pompeo to look into the matter.

Are you in Zimbabwe?
Read Pindula News without data on your phone on freedata.pindula.co.zw
Only Applicable to Econet lines
#FreeData
Fast Track Land Reform Programme

The Third Chimurenga in Zimbabwe was an extensive process of repossession of land by the majority local indigenes from the white minority commercial farmers. It was initiated by the Zanu P.F government on the 15th of July 2000 under the leadership of Robert Mugabe in... Read More About Fast Track Land Reform Programme