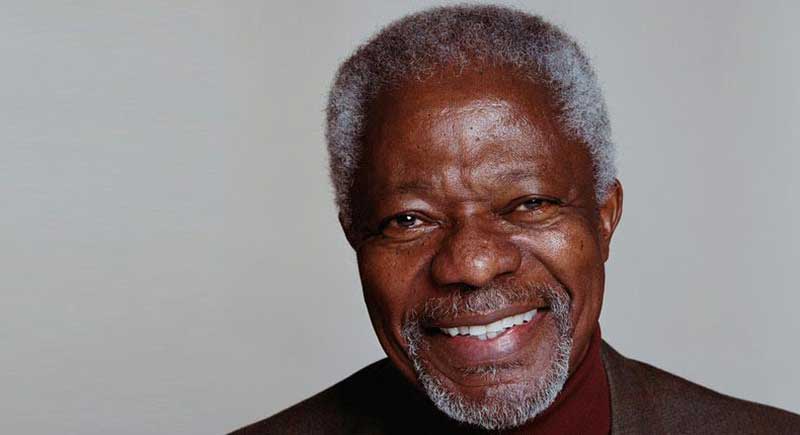 The Elders have challenged President Emmerson Mnangagwa and MDC Alliance leader Nelson Chamisa to honour the late Kofi Annan’s legacy by ensuring that no further violence takes place in the country. The statement was released on the eve of the Constitutional Court’s verdict into the election petition by Chamisa who is challenging the results of the presidential election.

In a statement The Elders said,

The Elders today urged Zimbabweans at every level in society to uphold the democratic rights to justice and peaceful protest, and refrain from words or actions that could incite violence, drawing on the counsel of their late Chair, Kofi Annan (1938-2018).

Ahead of the ruling by Zimbabwe’s Constitutional Court on the petition filed by the opposition Movement for Democratic Change Alliance regarding the 30 July election result, The Elders called on political leaders to act responsibly to avert further bloodshed.

They recalled the words of Kofi Annan, who visited the country in July with his fellow Elders Mary Robinson and Lakhdar Brahimi, with the support of the Kofi Annan Foundation, that “nothing other than the democratic will of the people should be allowed to determine the future of Zimbabwe.”

Meaningful democracy is not only about free and fair elections, but also accountability for those in positions of authority, freedom of expression and assembly, respect for human and civil rights, and a clear separation of powers between the executive and the judiciary.

…The best way for both leaders to honour his legacy and the aspiration of the people of Zimbabwe for a brighter future for all, is to abjure violence, intimidation and incitement, and instead promote dialogue and magnanimity as a path to inclusive national reconciliation, cohesion and development.