President Emmerson Mnangagwa has filed a notice of opposition to the Media Institute of Southern Africa (MISA) Zimbabwe’s urgent application at the Constitutional Court seeking permission for the live broadcasting and streaming of Nelson Chamisa’s presidential challenge scheduled for Wednesday. In the notice of opposition, Mnangagwa says state-owned broadcaster ZBC should be the sole broadcaster of the election petition.

Misa Zimbabwe together with Bulawayo based journalist Busani Bafana have applied to the court saying that the court proceedings are of national interest and should be streamed live. The use of cell phones is not permitted in Zimbabwean courtrooms. The court will, therefore, have to condone their use before media practitioners can use them to cover events. Should the Constitutional Court rule in the applicants’ favour, they will be allowed to film and live stream the hearing. 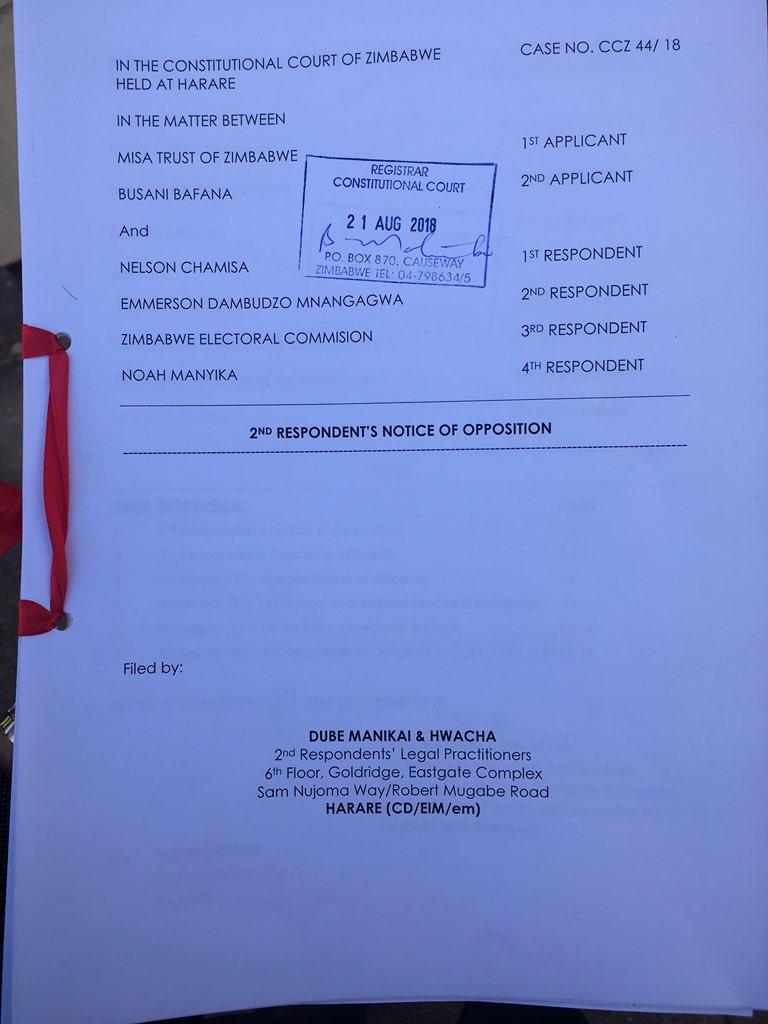 The Constitutional Court agreed with Mnangagwa and dismissed the case saying that ZBC had the capacity to broadcast it on its own.