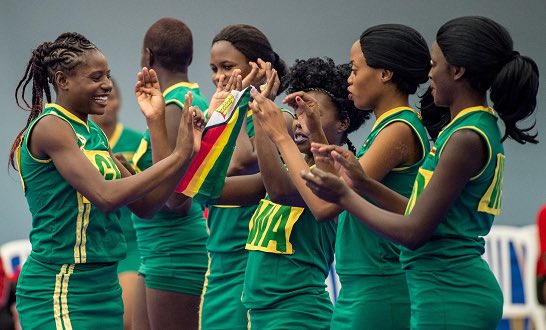 The  Zimbabwe senior netball squad, Zimbabwe Gems qualified for the Netball World Cup for the first time after winning all but one of their key games in Lusaka, Zambia.

The Netball World Cup will be held from July 12-21 at the Echo Arena in Liverpool, England. Zimbabwe came second behind Uganda having lost 52-66 to the Ugandans in their last game on Saturday although they had already sealed their qualification.

For the African title, Zimbabwe came third behind winners Uganda and second placed Malawi who qualified for the World Cup by virtue of their sixth place ranking on the International Netball Federation rankings going into the championship. Zimbabwe is one of the nine teams that have qualified for the world cup alongside Uganda, Australia, New Zealand, Jamaica, South Africa, Malawi, Scotland, Northern Ireland, Samoa , Fiji and hosts England.