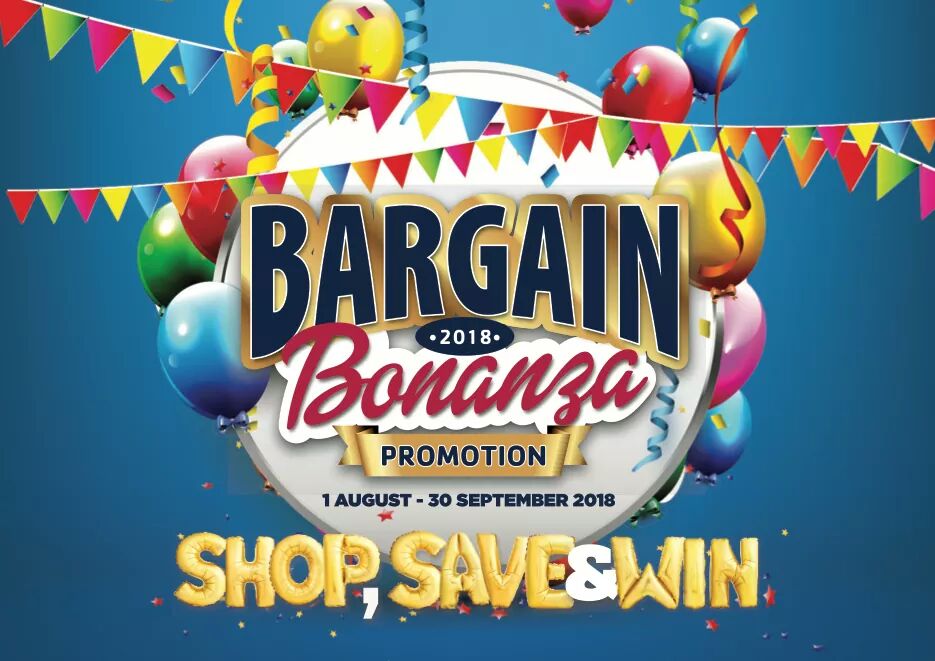 TM Pick n Pay this month launched a new promotion and is giving away over $1 Million in money and prizes.

Called Bargain Bonanza, the promotion was launched on 1 August and runs until 30 September.

Besides the money prizes of $10k and $5k (for over 100 shoppers) other prizes include shopping vouchers, Samsung Galaxy smartphones, and 40inch LED TVs.

Shoppers can participate by buying products from over 30 brands. The Bargain Brands include Colcom, Dettol, ZimGold, Dairibord, Irvine’s, Pepsi, Elegance, Afdis and others.

Bargain Bonanza was launched as the supermarket ended the pots and pans promotion (called Rich Rewards) early this month.