The Citizens Manifesto initiative has alleged that is has found numerous irregularities from the source data of the 2018 harmonised elections which was supplied by the Zimbabwe Electoral Commission (Zec). According to Citizen Manifesto’s election analysis some of the anomalies it discovered are as follows: 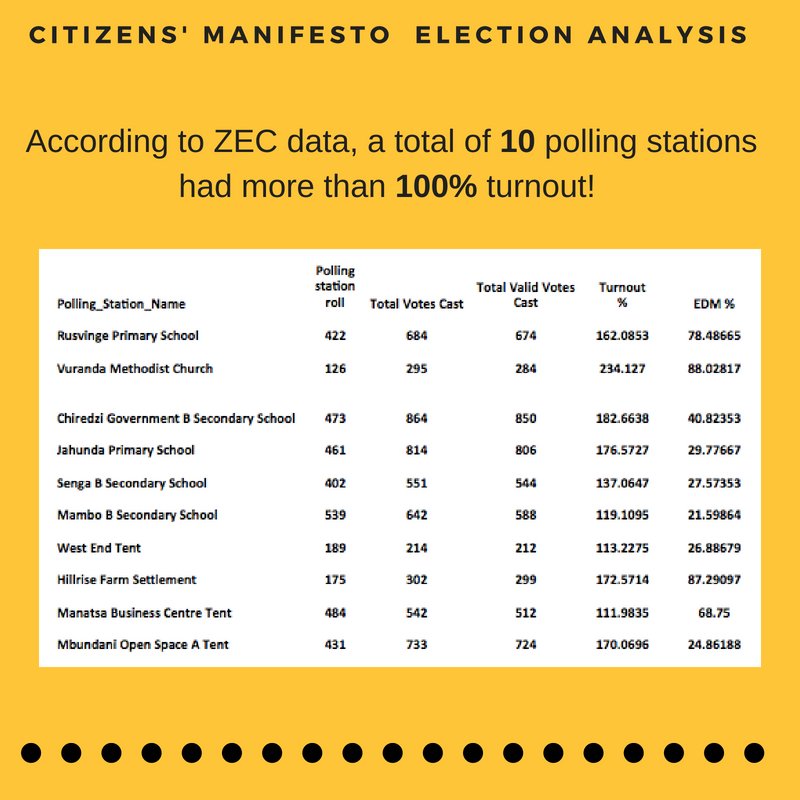 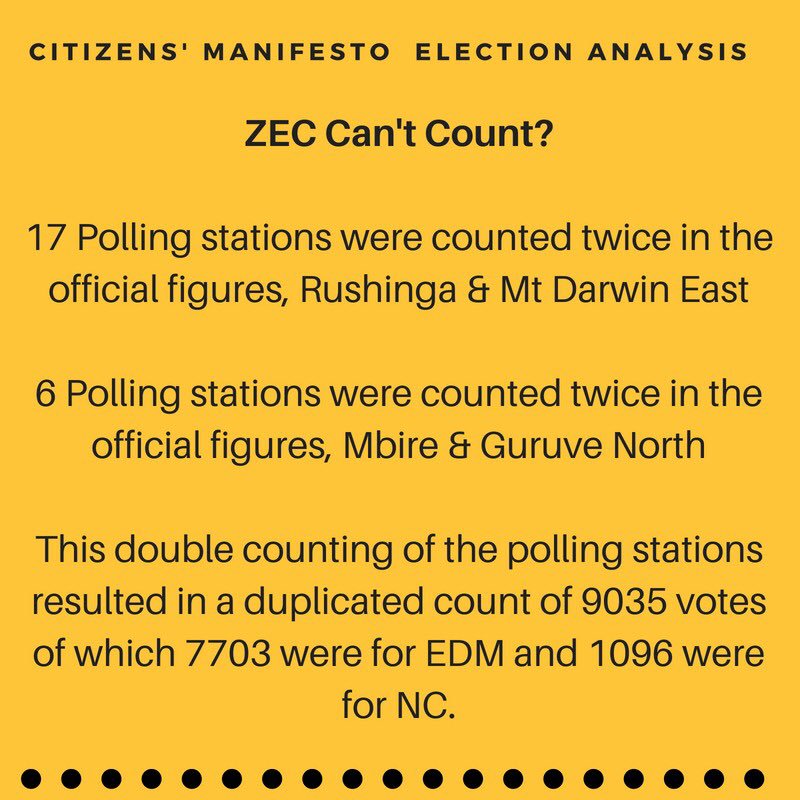 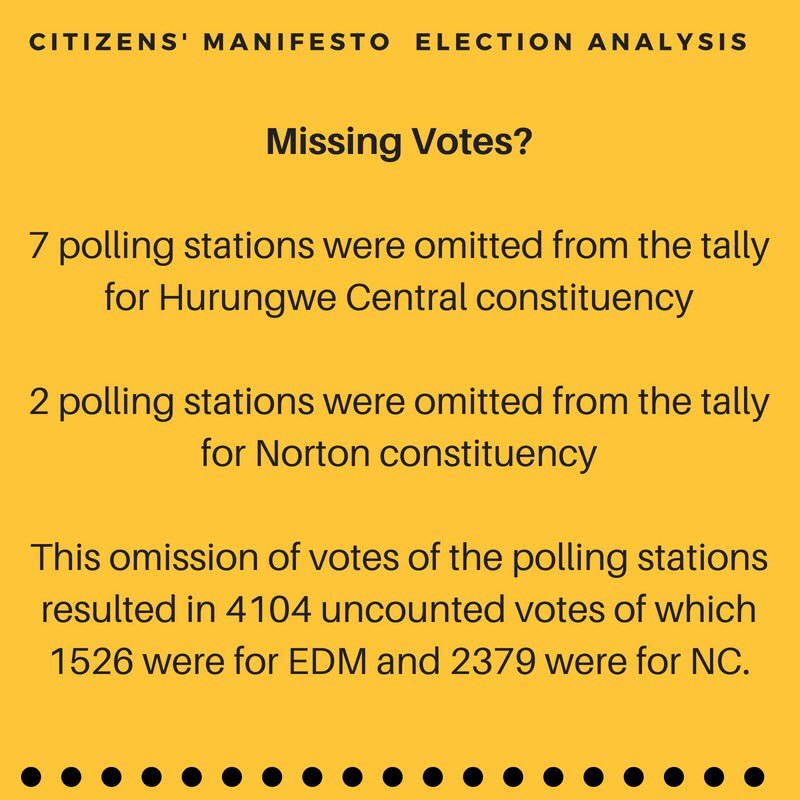