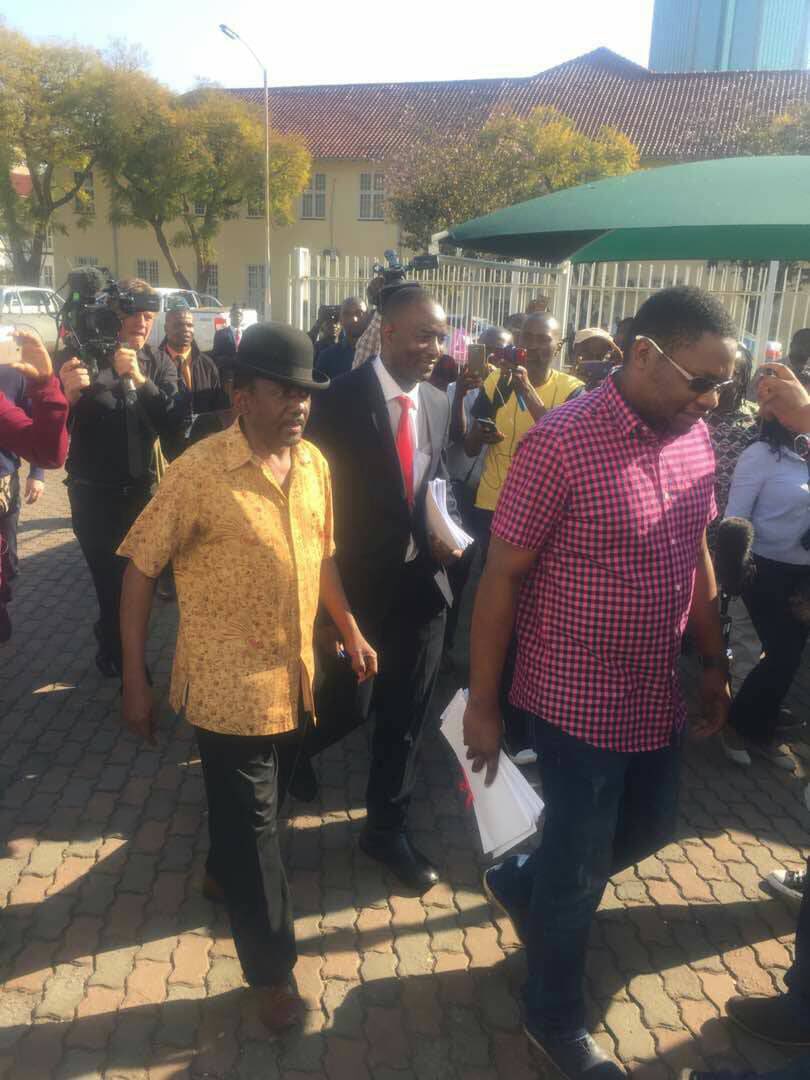 The legal team representing MDC Alliance presidential candidate, Nelson Chamisa, filed their petition challenging the presidential election results at the Constitutional Court on Friday. Chamisa has alleged that the results were manipulated by the Zimbabwe Electoral Commission (Zec) to ensure that Mnangagwa wins. Zec declared that Mnangagwa won the election with 50.8 percent of the vote while Chamisa was said to have come second with 44.3 percent of the vote.

The filing of the petition also means that President Emmerson Mnangagwa’s inauguration which had been scheduled for Sunday the 12th of August will have to be cancelled until the apex court renders a decision on the matter. The President-elect’s inauguration will take place forty-eight hours after the Constitutional Court announces its decision on the challenge.

Zanu-PF Secretary for Finance Patrick Chinamasa earlier on in the week revealed that the party has assembled a 12-man legal team to respond to the challenge. Said Chinamasa,

Zanu-PF has assembled a 12-member legal team to prepare responses to the unwarranted litigation being threatened by the MDC Alliance leader Nelson Chamisa challenging the validity of the Presidential vote. Zanu-PF will defend the will of the Zimbabwean people as expressed through free, fair, transparent and credible elections that took place on 30 July.

Some of the lawyers who filed the papers for Chamisa include, Chris Mhike, Douglas Coltart, Advocate Thabani  Mpofu and Advocate Sylvester Hashiti. The MDC reported that its foreign lawyers had initially been denied entry into the Constitutional Court on work permit grounds. However, the cleared after the Law Society confirmed that it had verified their international licences