The High Court of Zambia has issued an order stopping the deportation of MDC Alliance politician Tendai Biti, after he was denied asylum yesterday. According to the law, Zambia should allow Biti to go to another country of his choice if they deny him bail.  Biti has claimed that he is being persecuted in Zimbabwe, after the authorities launched a crackdown on opposition politicians and supporters following post-election protests and violence.

The Applicant seeks leave to apply for Judicial Review pursuant to Order 53 of the Rules of the Supreme Court 1999 Edition. Having perused the ex-parte summons for Judicial Review and the Affidavit in support of the same I allocate the matter to Judge P Yangailo. In the mean time the applicant is to remain in the custody of Zambian Immigration officers who will facilitate his appearance before Judge Yangailo at the High Court in Lusaka at 8:00 hours on the 9th day of August, 2018 for the application for leave to be heard.

Below is the full order: 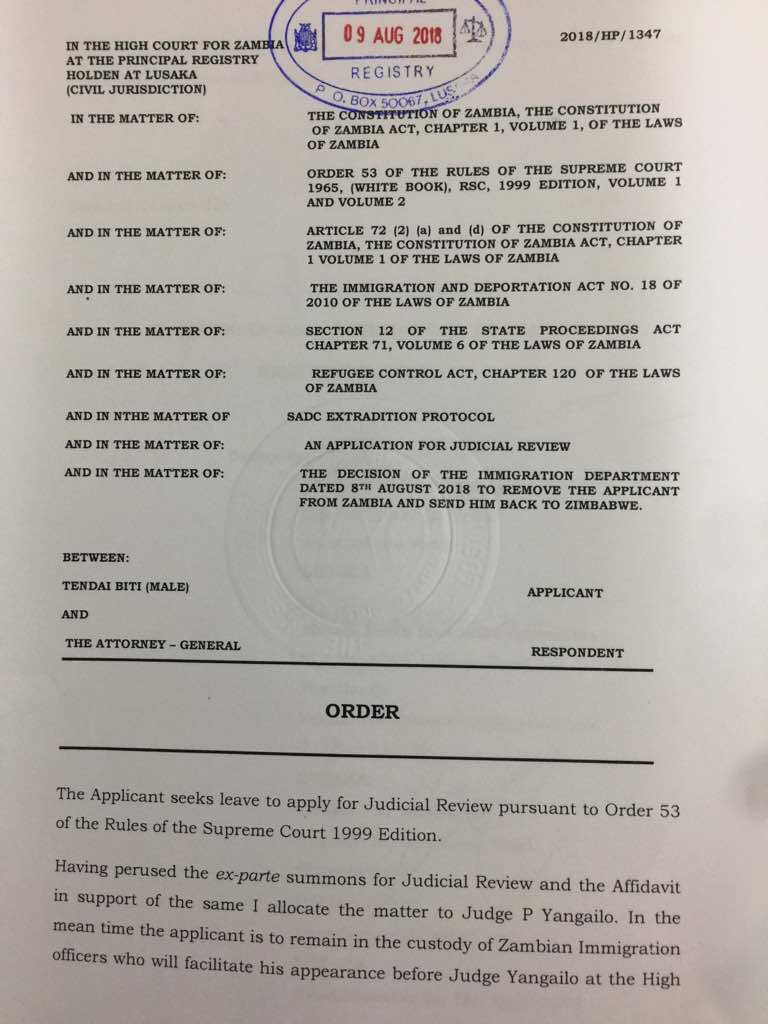 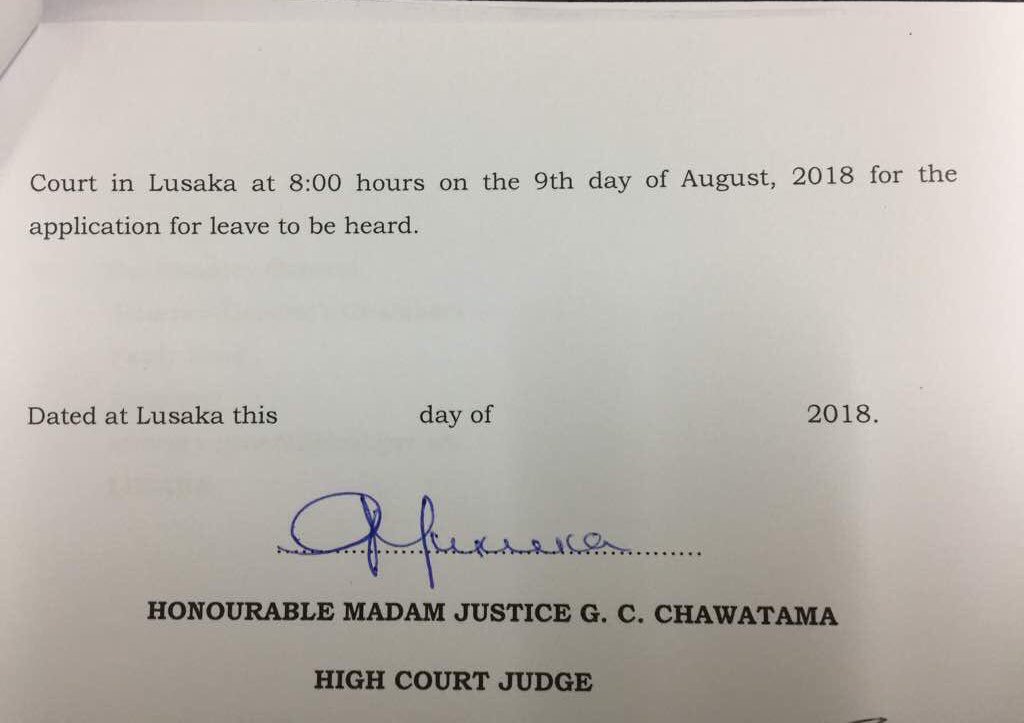