Tendai Biti’s lawyer, Beatrice Mtetwa has written to the Zimbabwe Republic Police advising them that her client was being detained unlawfully, as he had been abducted by rogue elements of the police. She also highlighted that Biti had been denied legal representation and that the lawyer who had been assigned to him had his vehicle damaged to stop him from following his client. 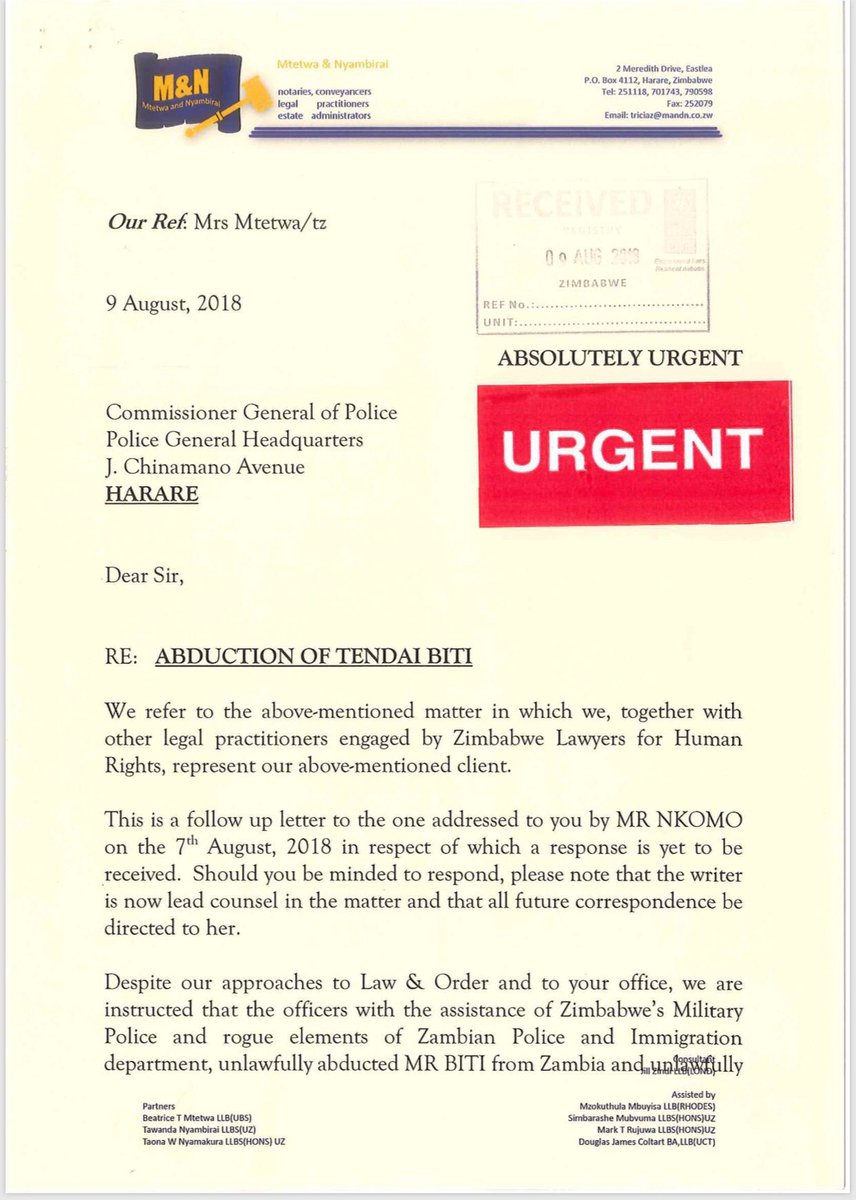 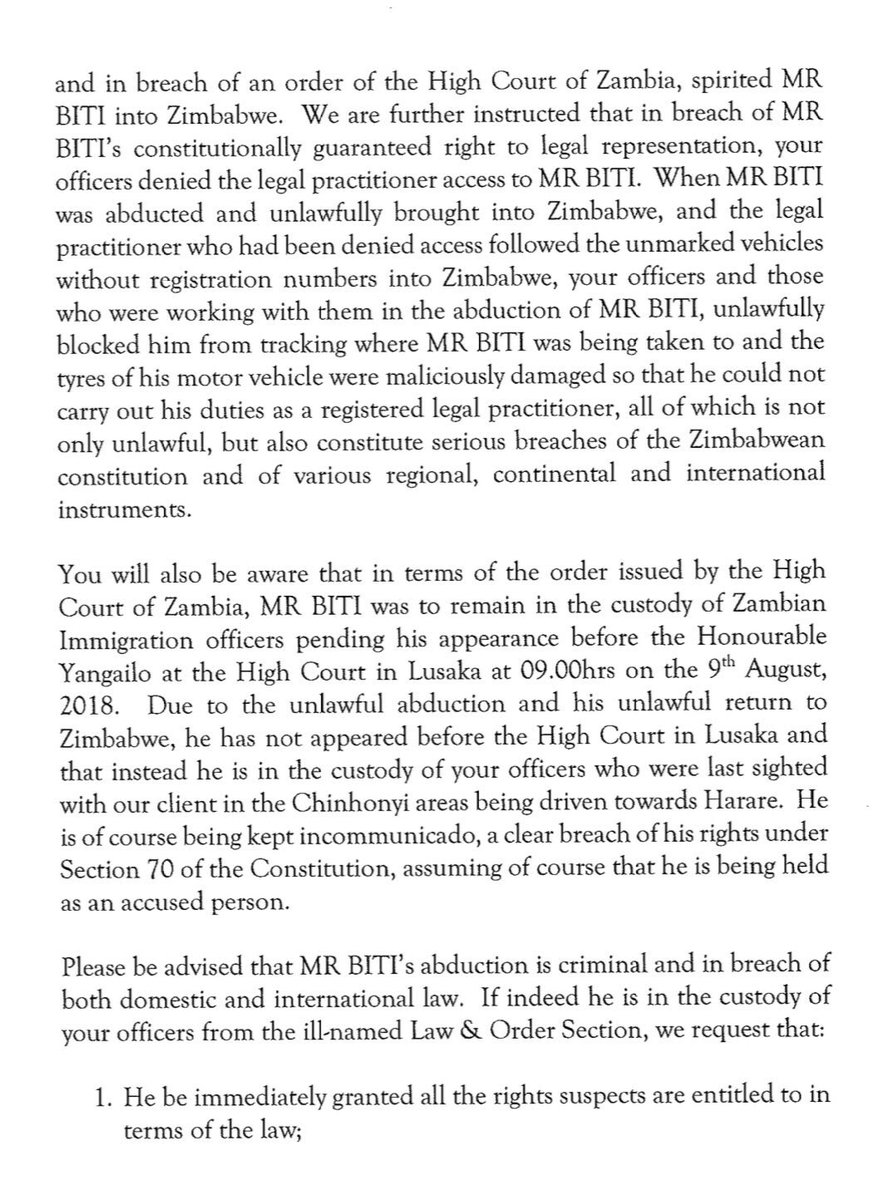 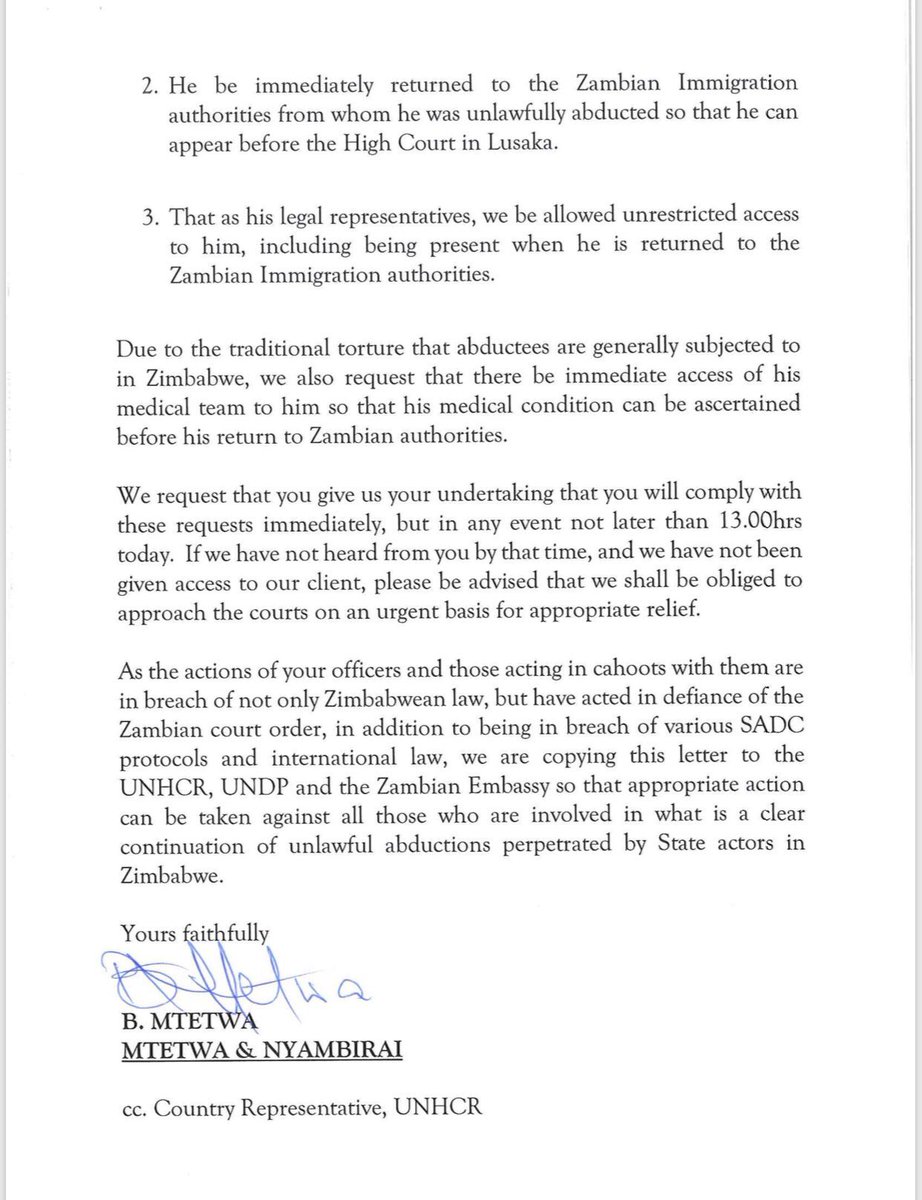