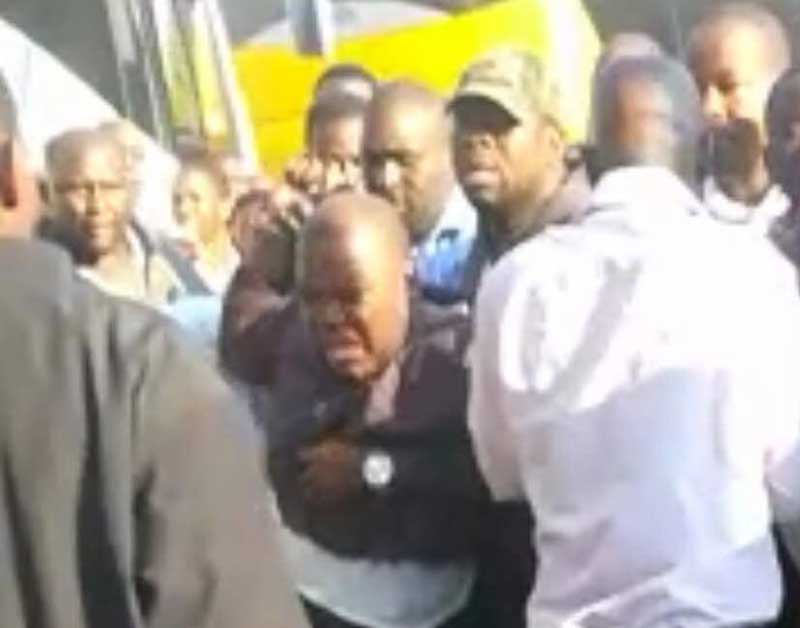 MDC Alliance principal Tendai Biti is reported to have been released after his arrest at the Chirundi Border Post earlier on today. Biti was apprehended when he presented himself to the Zambian immigration officials where he was heading to seek political asylum. However, as Biti had already crossed from the Zimbabwean side onto the Zambian side, he was technically on Zambian soil. This means that Zimbabwe has no jurisdiction and after this was highlighted, Biti was released and allowed to continue on into Zambia. He is reported to be on his way to Zambia’s capital city, Lusaka, where he will face an asylum hearing.

Biti and other senior opposition MDC Alliance officials are on the run or in hiding after the Zimbabwe Republic Police accused them of inciting their followers to violence.  This follows the death of at least six civilians who were gunned by the military last Wednesday after opposition supporters demonstrated against alleged manipulation of results by the Zimbabwe Electoral Commission (Zec).  The international community has urged President Emmerson Mnangagwa’s administration to stop the crackdown and intimidation of opposition leaders and supporters.

The CID Department at Chirundu has said that Zambian police officers later threatened Zimbabwe authorities with arrest for executing their mandate on Zambian soil.  The Zambians also called a team of Zambia Para Military Troop armed with AK 47 Rifles to escort Biti across the border.  Here is the full account