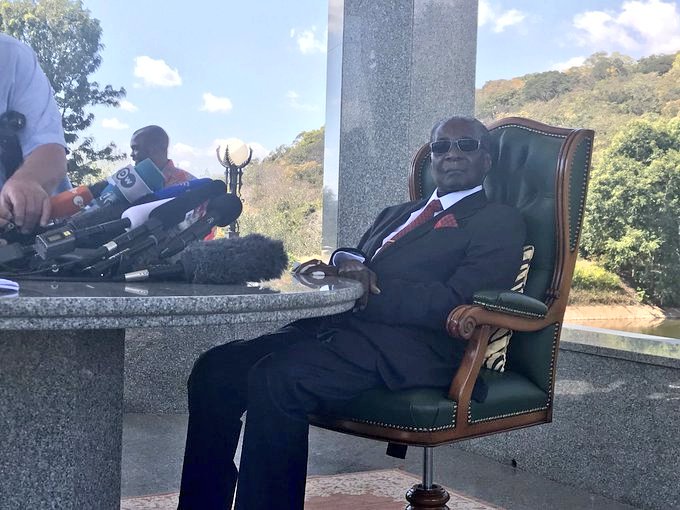 In an interview with The Herald yesterday, secretary general in the Chamisa-led MDC-T Douglas Mwonzora said they are not working with Former President Robert Mugabe as a party.

He said that he is against any association with Mugabe. Said Mwonzora:

My opposition to Mugabe is known in the party. I did not like Mugabe. I have opposed working with him. I think Mugabe is a kiss of death. I still maintain that. I do not think there is any wisdom in working with him. We are not working with Mugabe as a party. Mugabe is 94 years old. He must just rest. He must not be involved in political processes of the country. I think at 94 he must rest and have nothing to so with the country. That is my personal opinion. I am against any association with Mugabe.

During a campaign Chamisa said he had been endorsed by Mugabe.