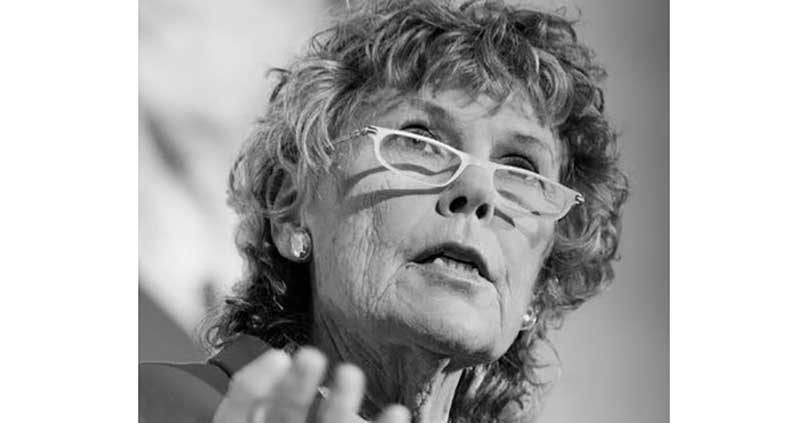 In a report, United Kingdom legislators Kate Hoey and Conor Burns urged their Government not to accept second best or flawed electoral processes with regards to the just ended harmonised elections that took place in Zimbabwe.

Hoey and Burns visited Zimbabwe between May 31 and June 4 this year. In their report they note several issues such as the voters roll, access to media and the procurement of the ballot paper.

We publish the full report below:

Our visit sponsored by the Commonwealth Parliamentary Association UK branch had two aims
To report on possibilities of a free and fair election and to see what the CPA branch might do to further links with Zimbabwean parliamentarians after the election.

We met with a wide range of people from Government, political parties, business and civil society as well as speaking to Zimbabweans going about their daily life both in Harare and Bulaway. A list of who we met formally is attached.

The British Embassy arranged two specific meetings for us -one with President Mnangagwa and one with the Head of the Zimbabwean Electoral Commission (ZEC) Judge Priscilla Chigumba. Foreign Minister Moyo contacted us the day we arrived and asked us to meet him that afternoon. We had met with him during his visit to London a few weeks previously and he was keen to assure us that we would see the President. All other meetings were arranged by us through our various personal contacts from the APPG and previous visits.

It is worth remembering that elections in Zimbabwe since 2002 have been both violent and rigged. In 2008, the ZEC took more than 5 weeks to declare a result and more than 270 activists, almost all belonging to the opposition Movement for Democratic Change (MDC) were killed. The last national polls in 2013 were relatively peaceful but internationally regarded as rigged. There was gross manipulation of the voters roll in favour of rural voters where Zanu PF have the greatest support.

Without doubt there is a different atmosphere in Zimbabwe. Gone is the open presence of police and army. Indeed the once common police road blocks where drivers had to hand over money were virtually non-existent. The ousting of Mugabe last year by the military led to hundreds of thousands of Zimbabweans coming out onto the streets to celebrate. The feeling that change had happened was widespread and overall there was an optimism amongst the general public that this would continue. The most common remark of the ‘man/woman on the street was “We want real change”!

There were a number of common concerns expressed to us about the elections.

1. ZEC and the Electoral register.

The electoral roll has been compiled with approximately 5.7 million names on it. While we were there was concern that there still was no access to the full electoral roll in an electronic form suitable for campaigning. We raised this with the ZEC and were assured that at the earliest it would be available on June 7th and at the latest June 14th. Delay was put down to the huge task of cleaning up the countless names of those who had died or never existed. (It got released to political parties over the weekend of the 14th/15th with the opposition MDC alliance only getting theirs officially on the 17th/18th June. Nominations closed for the parliamentary/Council and presidential on the 14th June and as a result of no official roll some candidates were ruled out in Matabeleland because of not being able to check properly their nominee’s names and details on the electoral roll.

We also raised with ZEC concerns that many of their employees were ex-Army and that this was perceived as not being truly independent. Justice Chigumba did not deny this but said it was perfectly legitimate for retired military to be working at the ZEC and that the opposition’s fears were unfounded.

The decision had been taken to limit the number of electors per polling station to 1000. This was presented as a way of preventing large queues and people being turned away to go to another polling station. The worry expressed to us was that particularly in rural areas it will be very easy for the voting intentions of a small community to be known and that there will be reprisals as happened last time when an area did not support Zanu PF. This combined with the reports that soldiers discarding their uniforms have been deployed in the countryside (where more than half the voters reside) to monitor voting behaviour and then be able to hand out punishments like withholding food handouts.

Although the majority of newspapers support the current Government the opposition get some coverage in Harare but usually of a negative kind. However in rural areas the radio is the principle means of communication and this is very much in the control of the state. Election Law and the constitution say that during the campaign period which started the day we arrived all parties must be given equal coverage. But with a multitude of Parties standing, this means tiny ones will get the same amount of time as the main opposition. State television and state radio were not covering any of the MDC rally’s at which Nelson Chamisa spoke.

The main roads leading into Bulawayo and Harare are full of large billboards and posters of Mnangagwa and there is little doubt that the blurring of the state with Zanu PF means huge extra resources for ZanuPF. The MDC Alliance has not got the funding to in anyway start to compete with the Governing Party. Their rallies are huge and they have held some in rural areas where they have never been able to be before.

This is another controversial area. The Government refused an open tender for their procurement and there were calls for observation of the printing of the ballot papers. This was allowed but there are still concerns that they will not be distributed fairly with bundles being kept for double voting. When this was raised with the ZEC they stuck to the same mantra-“Give us evidence of abuse and we will deal with it”

There are 23 candidates for President and around 2000 for Parliament as well as huge competition for the Council seats in local municipalities. Many of the incumbent Zanu PF and MDC MP’s have stood down or were deselected. There are also some very credible independents standing for Parliament. So whatever happens in the vote for President the expectation is that Parliament will become much more important than it has been for a long time. Many of the politicians we spoke to said they would welcome involvement from the CPA UK branch in their role.

Some of the suggested areas for support were

(A) help with ways of enhancing scrutiny of Government departments.

(B) Role of MP’s working with constituents —casework, campaigning

The decision of Zimbabwe to apply to re-join the Commonwealth was broadly welcomed by all who we met. Some people seemed to think the decision to allow them back in would be down to the UK Government. We reminded them that it was up to all the member countries of the Commonwealth and that it would be two years before any decision would be reached.

We were disappointed at how every element of civic society and politicians outside Zanu PF had the belief that the UK Embassy- and in particular the Ambassador is biased in favour of the incumbent regime.

Huge offence was taken that our Ambassador wore a Mnangagua scarf outside 10 Downing Street earlier this year on her visit to the UK. This offence and fear of bias was compounded when the first person to retweet it from his official account was Mnangagua himself. The Embassy organised a dinner for us to meet some Zimbabweans and we found that most were supporters of ZanuPF. Indeed prior to the dinner the Ambassador was openly ridiculing the leader of the MDC Alliance.

The coming election will have more foreign observers than ever before and they will play a vital role. At previous elections observers from the African Union and the Southern African development Community gave them a clean bill of health! This time there will also be a European Union team-already in the country and a joint mission from America run by the National Democratic Institute (NDI) and the International Republican. Institute (ITI). The Commonwealth have been invited but it is still unclear how many they are sending and as Zimbabwe is not in the Commonwealth it will be a different type of monitoring than in other elections. The UK government is being allowed to register as official observers but this is being carried out by Embassy staff already there.

There needs in our view to be continuing and rigorous scrutiny both into the election arrangements and what follows on from July 30th. Questioning those responsible for the electoral process and for administration more generally-media included- is one of the best ways HMG and UK parliamentarians can show real friendship towards Zimbabwe and help move the country forward. Being prepared to accept second best or flawed processes is patronising and sends the signal that our care and concern for Zimbabwe are not genuine. It is important that even if this election turns out to be freer and fairer with no violence any re-engagement with the current administration should only be on the basis of rigorous caution and healthy scepticism?