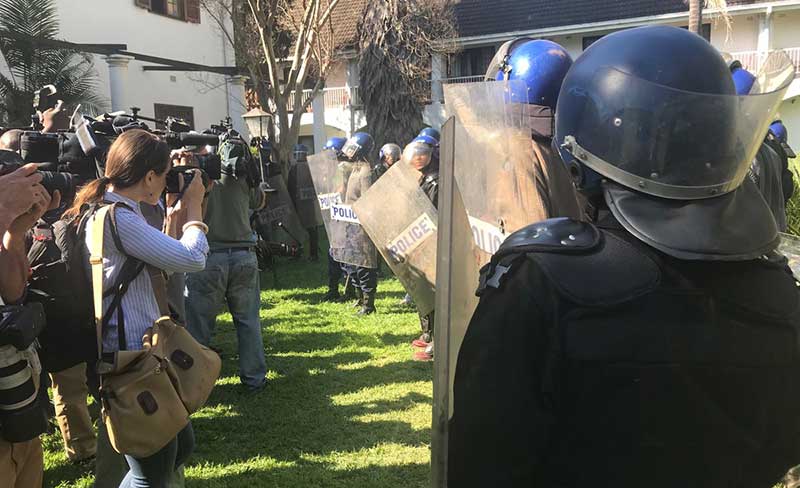 The Zimbabwe Republic Police have apologised after riot police officers attempted to stop Nelson Chamisa’s press conference on election results. The police chased away journalists and only allowed the media briefing to continue after Acting Minister of Information, Media and Broadcasting Simon Khaya Moyo ordered them away. Writing on social media the ZRP said,

Given the prevailing security situation and events that unfolded on the 1st of August 2018 and intelligence at hand, the police responded purely on the basis of tenets governing meetings and gatherings according to the country’s laws.

We wish to state that the police had information to the effect that there was a public gathering which was unlawful and had intentions to disrupt the prevailing peaceful environment.

The ZRP sincerely apologizes and wish to state that we respect freedom of the media, freedom of expression and freedom of association as provided for by the Zimbabwean laws. This isolated incident should not be misconstrued to mean that we are heavy-handed.

2 comments on “Riot Police At Chamisa Press Conference Is An Isolated Incident, We Are Not Heavy Handed – ZRP”