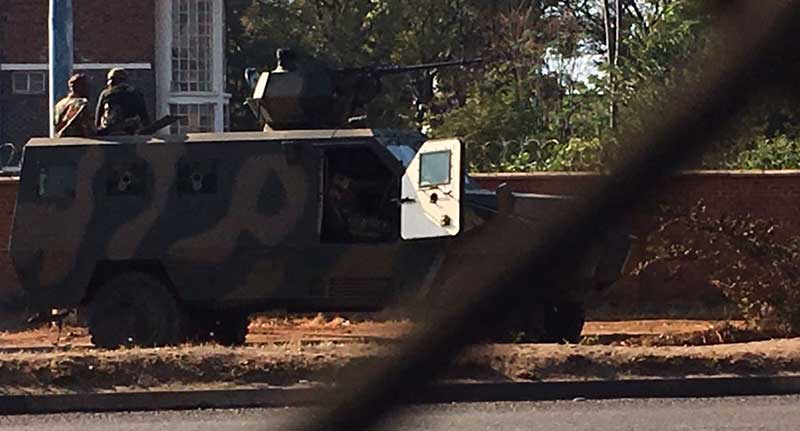 Armed soldiers and police officers are patrolling the streets of Harare’s central business district following violent protests by opposition supporters on Wednesday. The authorities responded by deploying the army which used live bullets and in the process at least three civilians were gunned down. Most businesses are closed down although there is no sign of any organised protests. A truckload of armed police officers and soldiers are reported to be driving around the city ordering people to behave themselves.

5 comments on “Soldiers Patrolling The Streets Of Harare, Ordering People To Behave”