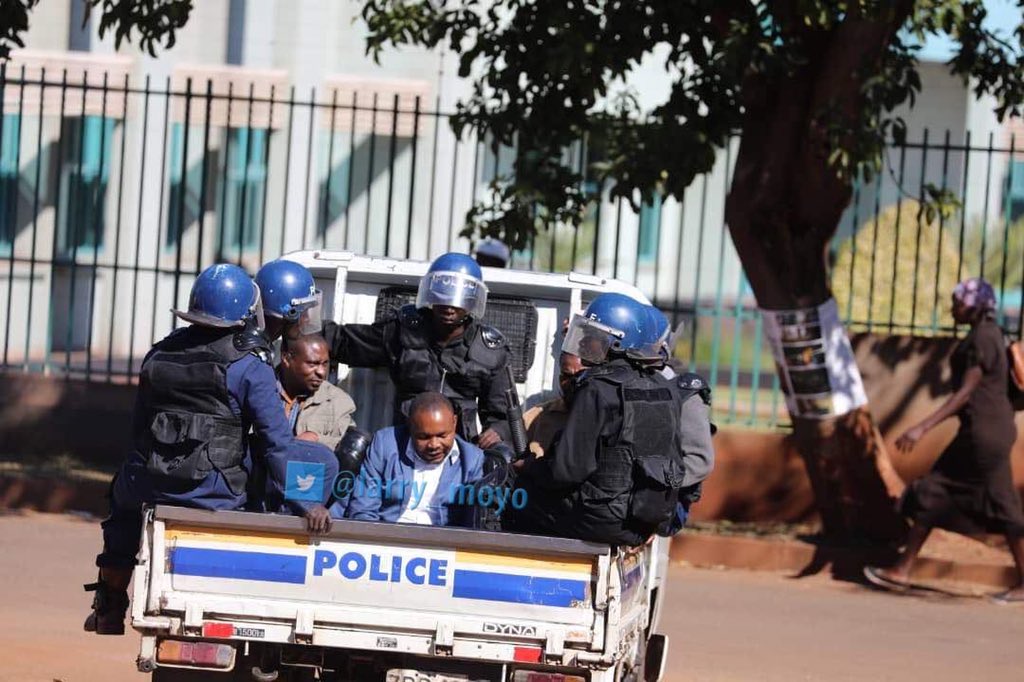 Police spokesperson Charity Charamba told journalists that former Zanu-PF member and MDC Alliance parliamentary candidate Shadreck Mashayamombe has been arrested together with 25 other suspects in connection with the politically motivated violence which took place in Harare yesterday.

ZRP Spokesperson, Senior Assistant Commissioner Charity Charamba told a media briefing that Mashayamombe and other suspects are assisting the police with investigations. Mashayamombe was arrested outside Rotten Row court this morning. Said Charamba:

So far the police have managed to arrest 18 plus eight suspects. I was briefed that the 18 were arrested this evening (eight others were arrested yesterday) to make a total of 26 suspects in police custody. Amongst those arrested is Shadreck Mashayamombe, a member of the MDC Alliance and formerly of Zanu-PF.