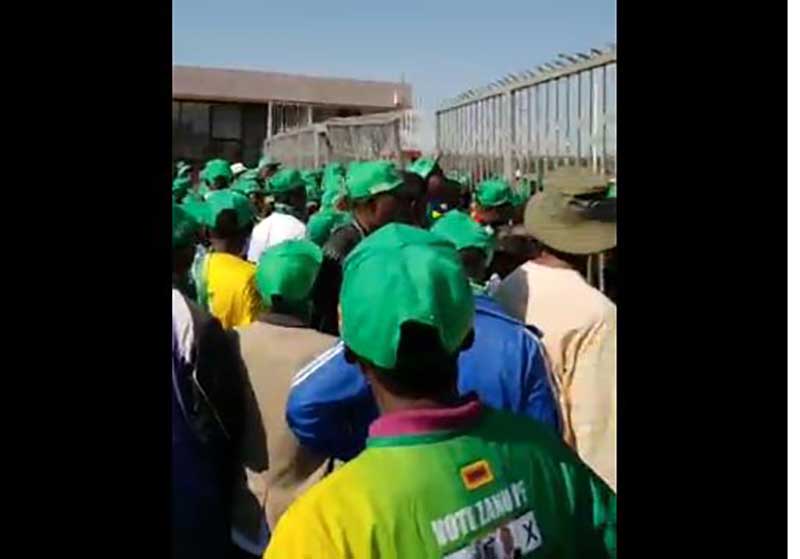 On Saturday, huge groups of people which had attended President Emmerson Mnangagwa and Zanu-PF’s last rally at the National Sports Stadium were prevented from doing so. The people who had walked out of the stadium before the president had finished speaking found all the exits blocked. Some of them told journalist Violet Gonda, that they were leaving early because they wanted to beat traffic jams while others claimed that they were hungry.

Pple trying to leave ED rally but being blocket https://t.co/RuuxdGNpWo