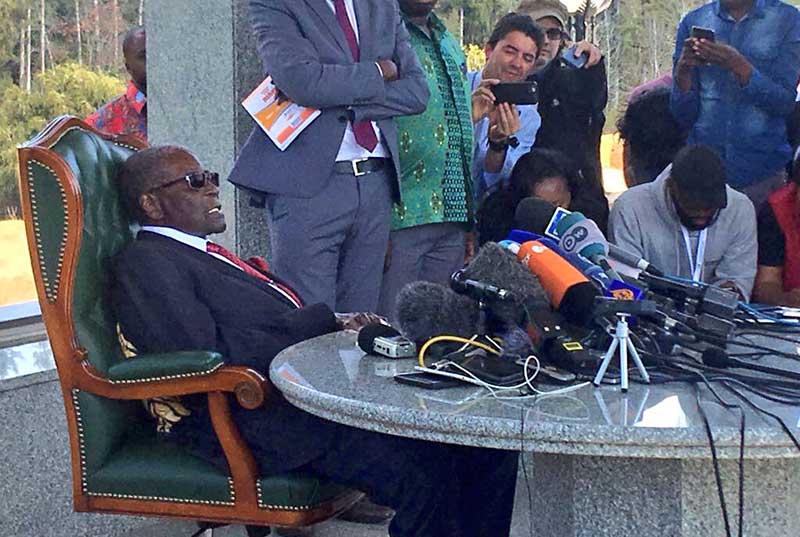 Writing on micro-blogging website Twitter, Mawarire said the nine soldiers who guarded Mugabe’s Blue Roof residence in Borrowdale were removed. He also added that they vandalised the house they were using. Said Mawarire:

After President Mugabe held a presser and stated he wasn’t going to vote for ED, Emmerson Mnangagwa withdrew all security from Pres Mugabe’s Blue roof residence.9 soldiers who guarded the premises were immediately removed after the presser but not before they vandalised the house they were using.