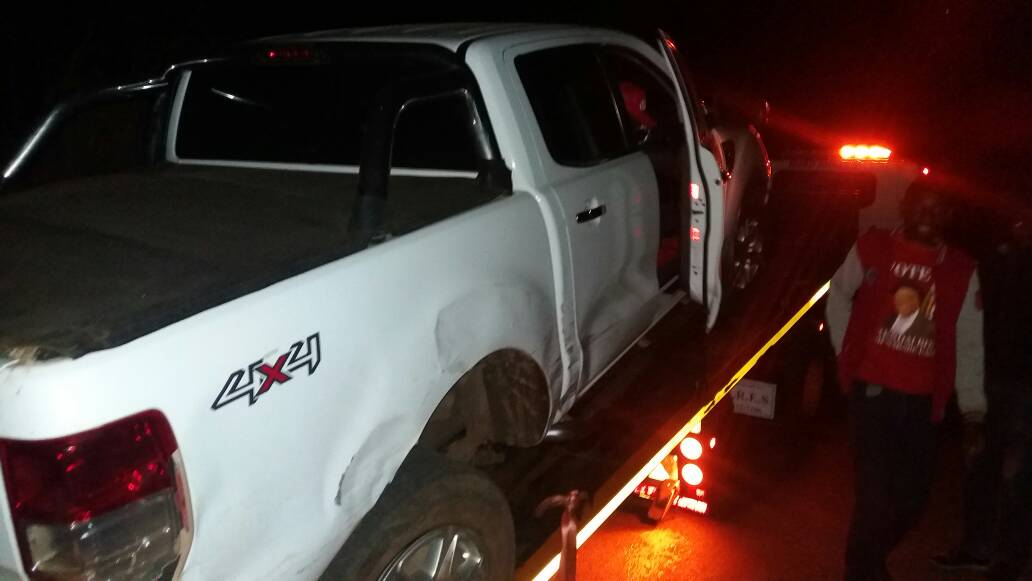 Speaking at MDC Alliance’s final rally dubbed “The Crossover To Victory Rally”, Nelson Chamisa’s chief election agent Jameson Timba said there was an attempt on the life of Tendai Biti.

Timba said Biti’s car was hit by a vehicle without number plates which the opposition sees as an assassination attempt. Biti escaped unharmed and managed to attend the MDC Alliance’s final rally held at Freedom Square today.

4 comments on “There Was An Attempt On Biti’s Life: MDC Alliance Top Official Speaks On Accident”