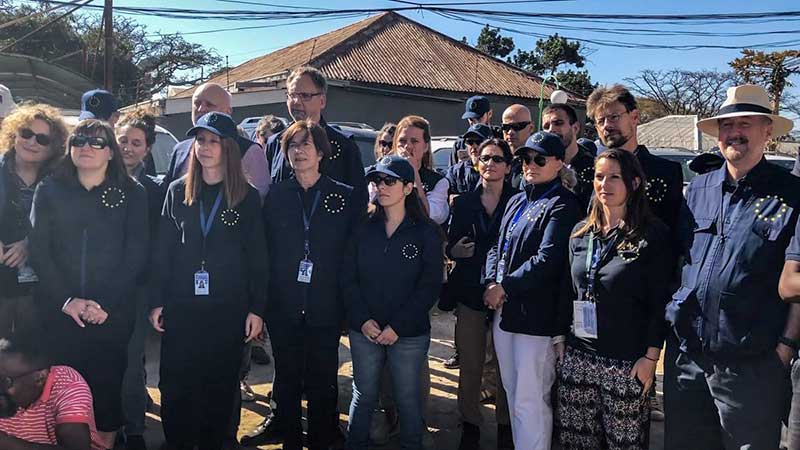 The European Union Election Observation Mission (EU EOM) to the Republic of Zimbabwe has deployed 44 more election observers. The group is the third contingent, following the core team and the 44 long-term observers, which have arrived in Zimbabwe on 6 June. Chief Observer Elmar Brok said,

The short-term observers will cover all ten provinces in both, urban and rural areas. Together with the other EU EOM observers, they will be the eyes and the ears of the mission on election day during polling, counting and tabulation of results.  Although the EU EOM observers will be visiting many polling stations from the opening to the closing of the polls, they will not interfere in the process. They are there to watch and take note of how the voting is conducted.  The EU EOM’s analysis also includes aspects such as the legal framework, the work of the election administration, the campaign activities of the candidates and political parties, the extend to which there is a level playing field, the conduct of the media, the voting, counting and the tabulation of results, the resolution of election-related disputes.

The EU EOM will issue a preliminary statement two days after the elections.