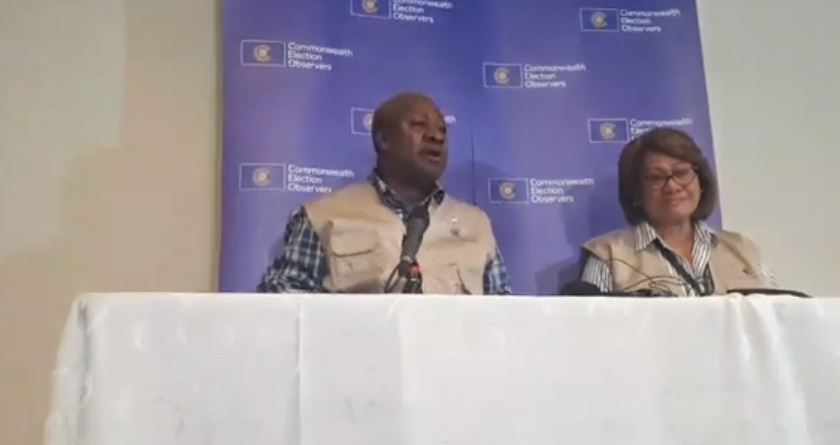 The Commonwealth Observer Group has said that the Zimbabwe Electoral Commission (ZEC) must listen to all complaints ahead of the election so that all parties feel that they are being treated fairly. Chairperson of the Commonwealth Observer Group and former president of Ghana, John Dramani Mahama told the media on Wednesday that in the runup to elections no demand is unreasonable as there must be a perception that everyone is being treated fairly. Said Mahama,

In the runup to an election, no demand is unreasonable…Everyone wants to create sufficient democratic space and have a high level of confidence that they are being treated fairly. And so I think that is for Zec to listen to those complaints and where it is possible within the law to address those complaints to do so. But if it takes Zec outside the ambit of the law, I don’t think that is something they can contain. So no demand is unreasonable, and I guess every political party will push the democratic space to ensure that their confidence level going into the election is good enough.

…Even though elections are a human process as much as possible we need to contain the concerns of everyone because we want everyone to into the election with a high level of assurance that they are going to be treated fairly in the electoral process.

This is a bit different from what Mahama’s compatriot and leader of The Elders Kofi Annan said on Saturday.  Annan said that demands must be reasonable.

In his full arrival statement, Mahama also said that the group was going to perform its role impartially. Said Mahama.

As independent observers, our mandate is to consider factors that affect the credibility of the electoral process and report on whether the vote has been
conducted according to the national, regional, and international standards to which Zimbabwe has committed itself. We will perform our role with impartiality, independence and transparency.

Demands Must Be Reasonable And Approach The Legal System If You Have Issues: Kofi Annan Tells Chamisa

20 comments on “No Demand Is Unreasonable In The Run-Up To An Election, Everyone Must Be Treated Fairly: Commonwealth”