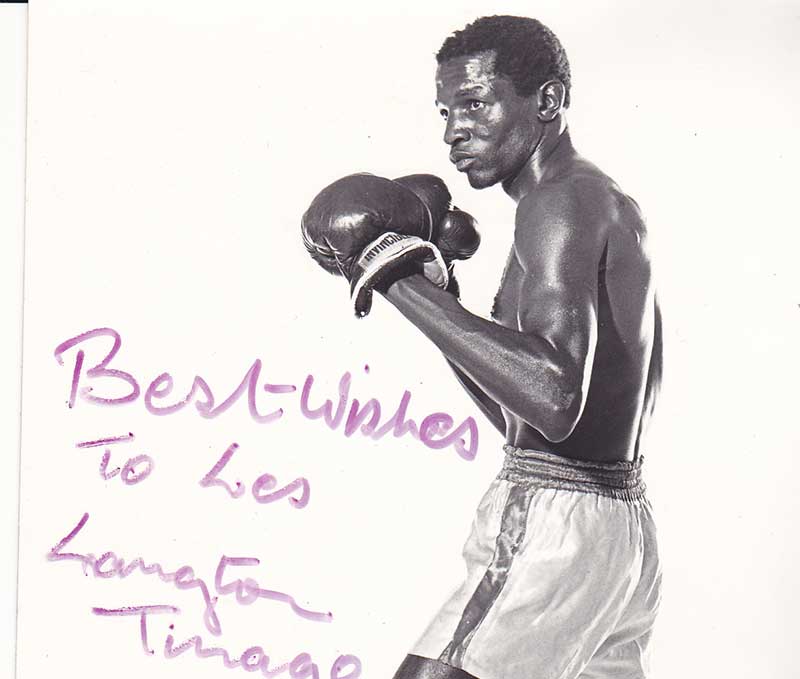 Zimbabwean boxing legend Langton “Schoolboy” Tinago died this morning in Gweru. Tinago was a three-time Commonwealth champion, who fought in the super feather, lightweight, light welterweight, welterweight divisions between 1967 and 1987. However, after he retired from boxing he struggled financially in his later years.

Langton "Schoolboy" Tinago was a prominent Zimbabwean boxer who defied all odds to become the only three-time Commonwealth boxing champion, winning two lightweight crowns and a super-featherweight, earning himself a place in the Guinness Book of Records. Tinago died on 17 July 2018 in Gweru. Read More About Langton Tinago