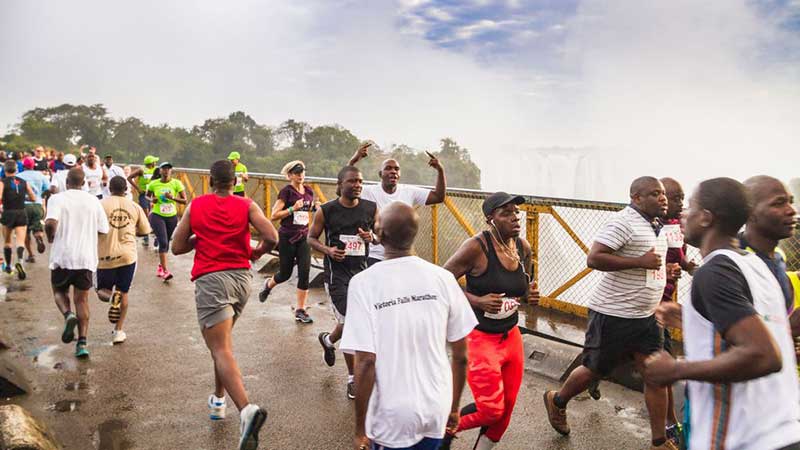 The Victoria Falls Marathon organisers have refuted allegations that they cheated the rightful winner of the female race Brenda Makonyore in favour of Bertha Chikanga. Some of he allegations which had gone viral on social media were as follows:

A grave wrong was done today at Vic Falls Marathon. Help me cry out. We shared a chalet with a young girl 19yrs old who got sponsored by running buddies to come here vaona potential. She ran her first ever 21 km race today and came first… Mazvinzwa first. Her race bib says Female then Econet loads her under males. Her English is not good, when she went kunobvunza why she is not appearing as first vamuti haungambosiya Bertha Chikanga the Spar SA half-marathon winner and told her kuti haana sweat. Ndibatsirei kuchema… Do we lock down pure talent in Zim? Ko how do we know she won’t raise the flag high mangwana, why are we crushing dreams? Apa humboo huripo… Check images in comments section… Her name is Brenda

In response the organisers of the marathon said,

We have video and have screen shots of each athlete that crossed the finish line. These all correspond to the timing chip data. There are no athletes in the video sequence who do not have race times. Only 1 athlete crossed the line at the time when timing chip 3059 crossed the line and that is the male athlete in a screenshot attached. Also attached is an image highlighting the race number which he was holding in his hand instead of wearing it on his vest.

The female athlete that came to query this result and claiming to be the rightful winner appears nowhere in the section of video reviewed. She had long hair and was wearing the purple Kwese event running vest. We all remarked how fresh she looked. She certainly did not look like she had run at all.

Considering the above, we stand by our decision to remove this competitor from the female results of the 21km event.