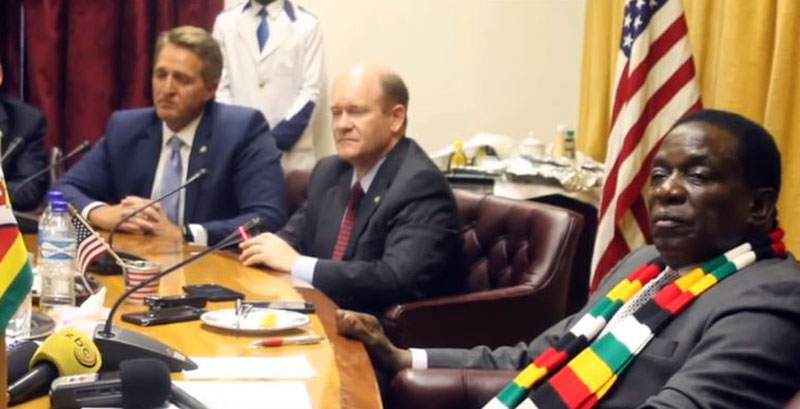 The United States Senate Foreign Relations committee has passed proposed legislation on the Zimbabwe Democracy and Economic Recovery Act (ZIDERA) of 2001 by Senators Chris Coons and Jeff Flake. Some of the conditions set out by the Senate committee for re-engagement with Zimbabwe include,

Parts of the bill (in no particular) are as follows:

8 comments on “US Conditions For Re-Engagement With Zimbabwe”