At ZEC trying to get voter’s roll for my ward. it’s not available yet. After much up & down I was finally asked to pay $2 and to check if it will be ready on Monday. ZEC is failing credibility test. 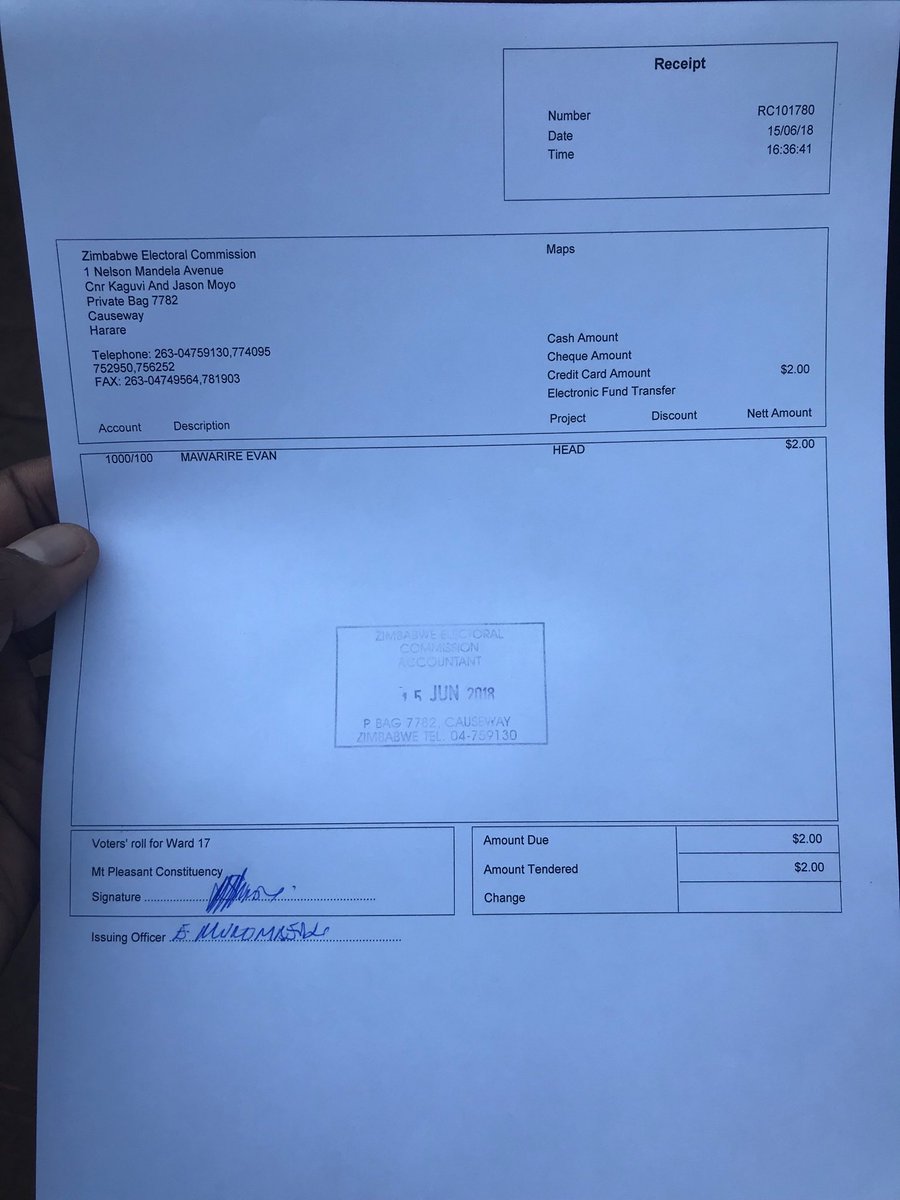 The Commission is aware that the voters’ roll is a critical component of the electoral process and in some circumstances, a source of electoral disputes. Be that as it may, the Commission hopes that the voters’ roll that is availed today will meet public expectations and stakeholders who have devoted their precious time and resources in complementing ZEC’s efforts towards this achievement. The electronic copies of the voters’ roll will be availed to candidates contesting the forthcoming harmonised elections free of charge in terms of Section 21 (6) of the Electoral Act [Chapter 2:13]. Copies will also be availed to members of the public at fees…

On Thursday, High Court judge Justice Tawanda Chitapi ordered Zec to provide independent electoral watchdog, the Electoral Resource Centre (ERC) with a copy of the provisional voters’ roll within five days of a demand being made. The Lovemore Madhuku led National Constitutional Assembly (NCA) party also sued Zec at the High Court on Thursday, demanding the release of the voters’ roll before the sitting of the nomination court.

So much for the promise made by ZEC Chair that the roll was ready. If a simple Ward roll isn’t available what chance the national roll?

One Comment on “Question Marks Over Zec And Chigumba’s Credibility After Candidate Fails To Get Voters’ Roll, Told To Check Monday”