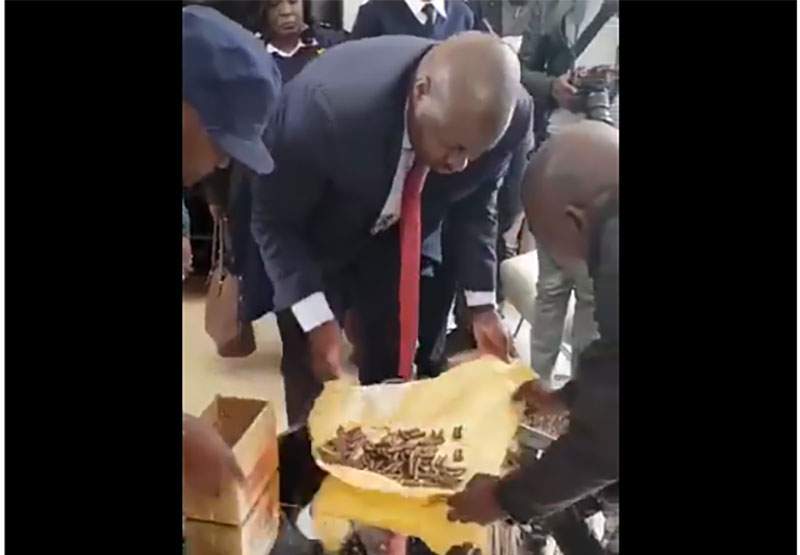 Former cabinet minister Saviour Kasukwuere’s lawyer Jonathan Samukange has challenged the state to arrest former president Robert Mugabe for crossing the border illegally. Samukange said that the state was practising selective prosecution by charging his client with a crime that many people have boasted about. Said Samukange,

I will repeat it that this is selective prosecution. There are people who skipped borders and the information is common knowledge but nothing was done to them. If cases could be treated the same then go and arrest Mugabe for illegally crossing borders. He is no longer a president and its common cause that he even boasted about it. Many people still do the same. It is, therefore, my humble submission that we have proved that the accused’s life was under threat and he had no any other option except to flee and skip the borders.`

Despite the recovery of 113 AK-47 shells at Kasukuwere’s residence, the state has insisted that he has a case to answer for border jumping.

One Comment on “Go Arrest Mugabe For Border Jumping, He Is No Longer President: Kasukuwere’s Lawyer On Selective Prosecution”