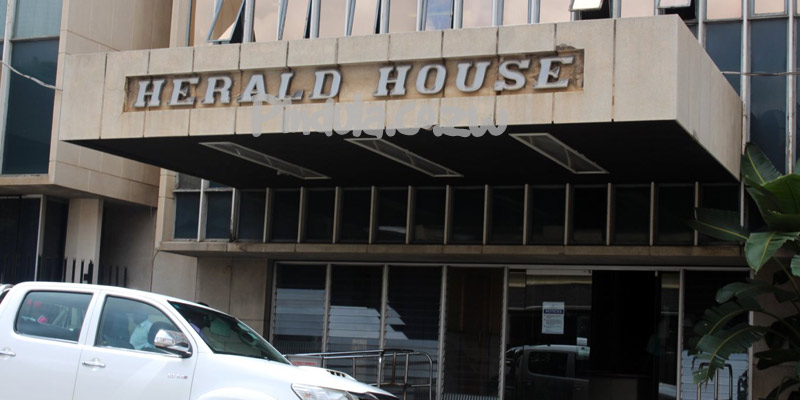 State media and entities have been taken to court for biased media coverage. Veritas , Valerie Ingham Thorpe and Brian Desmond Crozier sued state media and state entities for not sticking to the law that requires them to provide fair and unbiased coverage to all political players.

The application which was filed in Masvingo, demanded the state media entities to provide equal access to divergent views regardless of affiliation. The legal demand asked the entities to cover all people regardless of party political affiliation, that they do not favour one political party, candidate, cause or person.

The legal application also demanded that state media personnel be independent and not take instructions from government officials on what they should broadcast or publish on their platforms. The applicants also want the respondents to pay the legal costs. Below is the application by Veritas and others:

WHEREUPON after reading documents filed of record and hearing counsel: It is hereby ordered that:

1 It be and hereby is declared that any and all broadcasting. reporting and other communications by the First and Second Respondent which is not impartial. which does not afford fair opportunity for divergent views and dissenting opinions, and where the editorial content is not independently determined is a violation of the right to freedom of expression and freedom of the media enshrined in section 61 of the Constitution of Zimbabwe.

2 The First and Second Respondents be and hereby are ordered to ensure that their broadcasts, reporting and other communications are impartial, that is that their communication does not favour one political party candidate, person or cause over another, that both or all sides of any issue are covered equally, that communication about

5. The First and Second Respondent be and hereby are ordered to comply with all of the provisions of section 160 J of the Electoral Act throughout the election period.

7 The Third Respondent be and hereby is ordered to immediately make Regulations as prescribed by section 160 G(2) of the Electoral Act to facilitate free and equitable access to public broadcasting services by all political parties and independent candidates and have such Regulations promulgated within three (3) weeks of the granting of this order.

8 The Third Respondent be and hereby is ordered to disclose precisely how it is going to monitor the news media during the election period in terms of section 160 K of the Electoral Act. what criteria it will use to ensure that news reporting is fair and that the media in general. and the First and Second Respondents in particular. comply with their obligations under the Constitution and the law.

9. The Fourth and Fifth Respondents be and hereby are ordered to provide the Third Respondent with whatever assistance it may require for the monitoring of the media during the election period.