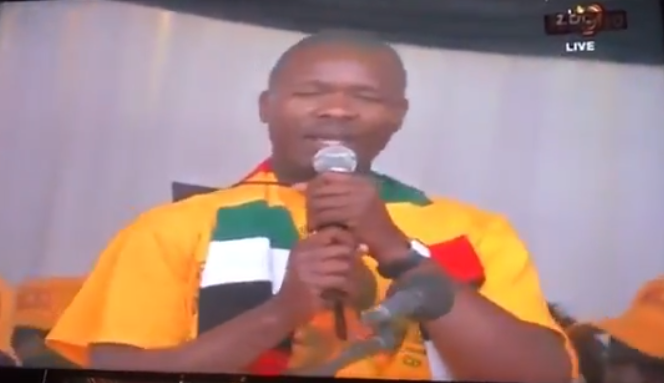 The Zimbabwe Hospital Doctors Association (ZHDA) has suspended Dr P Mugoni for bringing the name of the organisation into disrepute. This comes after Mugoni wept at a Zanu-PF rally where he purported to represent the organisation. A letter written to Mugoni advising him of his suspension reads:

Reference is made to the various complaints lodged against you by our members. It is alleged that on the 31s’ of May 2018, in your capacity as the Secretary General of the Zimbabwe Hospital Doctors Association (ZHDA), you addressed a political party rally in Gweru. This is a violation of the ZHDA Constitution (adopted in 2015), particularly section 1.3, as well as the foundations on which the association was formed. Furthermore, you used the name of the association without prior permission from the members and/or executive.

This is tantamount to bringing the name of the association to disrepute and is a violation of the medical council regulations which state that you cannot be part of any political movement during your internship. ZHDA does not associate with any political party, but you may do so as an individual member of ZHDA. In light of these allegations, we as the members have effectively suspended you from the position of Secretary General with immediate effect All benefits and privileges are also suspended, pending an investigation and a hearing.

The recommendation comes after consultation with the former ZHDA NEC, current NEC and members nationwide. Partaking in any ZHDA activity during this suspension will be a further violation of the constitution, and legal measures will be instituted. You may, however, resign if you so choose, or appeal to members.
Please be guided accordingly.