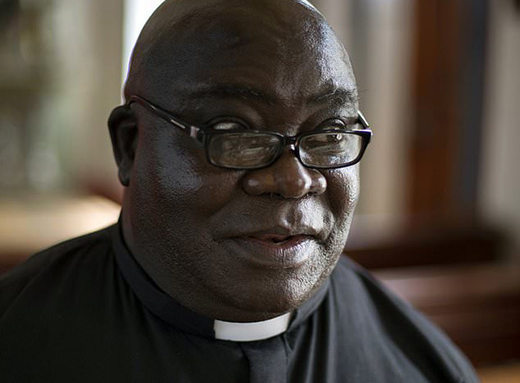 On the morni1ng on 16 November, 2 days after the military takeover in Zimbabwe, it was revealed that a Catholic priest, Father Fidelis Mukonori, was mediating between Mugabe and the military generals. Few knew of this man before then.

Here are some things about him you may find interesting:

1. Role in Zimbabwe’s War Of Liberation

Fidelis Mukonori played a role in Zimbabwe’s liberation. As a youth coordinator at Silveira House (a Catholic training center just outside Harare high-density suburb of Tafara) Mukonori played a major part in the recruitment of young men and women to undergo military training in neighbouring countries to become fighters.  In 1979, he assisted in the Lancaster House Conference from the background. Then, he was still known as Brother Fidelis Mukonori.

Mukonori is not a mediator by sheer personality or chance. He studied conflict resolution. In addition to a Masters in Theology, he holds an Advanced Certificate in Conflict Resolution and has, in his career, attended several courses on Social Development, Philosophy, and Mediation.

Mukonori is well known for having played a pivotal role in the country’s land reform programme that was kicked of by the land invasions by the War Veterans in late 90s. he intervened at the height of the clashes, in some cases fatal, between war veterans and white commercial farmers. He brokered a deal for peace on occupied farms. The two parties agreed to let the war veterans remain on the farms they had occupied until a programme for orderly resettlement had been worked out.

In 2001 Mukonori was kidnapped by a gang of men who went on to rob him of his $300 000 vehicle and personal belongings.The gang dumped him near Mabvuku turn off and sped off.

His car was found in Victoria Falls a month later.

5. 2003 Mediation between Zanu-PF and MDC talks

In 2003, Mukonori met with Morgan Tsvangirai,  with the state media referring to him as someone who had historically played Mugabe’s “emissary”. It was reported that the purpose of the meeting was for Mukonori to hear the MDC’s position and demands so that prior talks that had collapsed in 2002 would resume. The talks were centred on ending Zimbabwe’s political and economic crisis.

Fidelis Mukonori was born in a family of 10 in 1947 in Chiweshe Communal Area. His family moved to Chihota where he started his primary education, which he continued at Chishawasha Mission and later completed at Mazowe Jesuit House.

In October 1997, Mukonori baptised a notorious criminal, Stephen Chidhumo, who’d been arrested. He baptised him at Parirenyatwa Hospital where he was being treated for gunshot wounds he got when he was finally arrested after some time of reigning terror as a fugitive. Stephen Chidhumo was renamed Fidelis Chidhumo. Chidhumo was sentenced to death and was executed later.