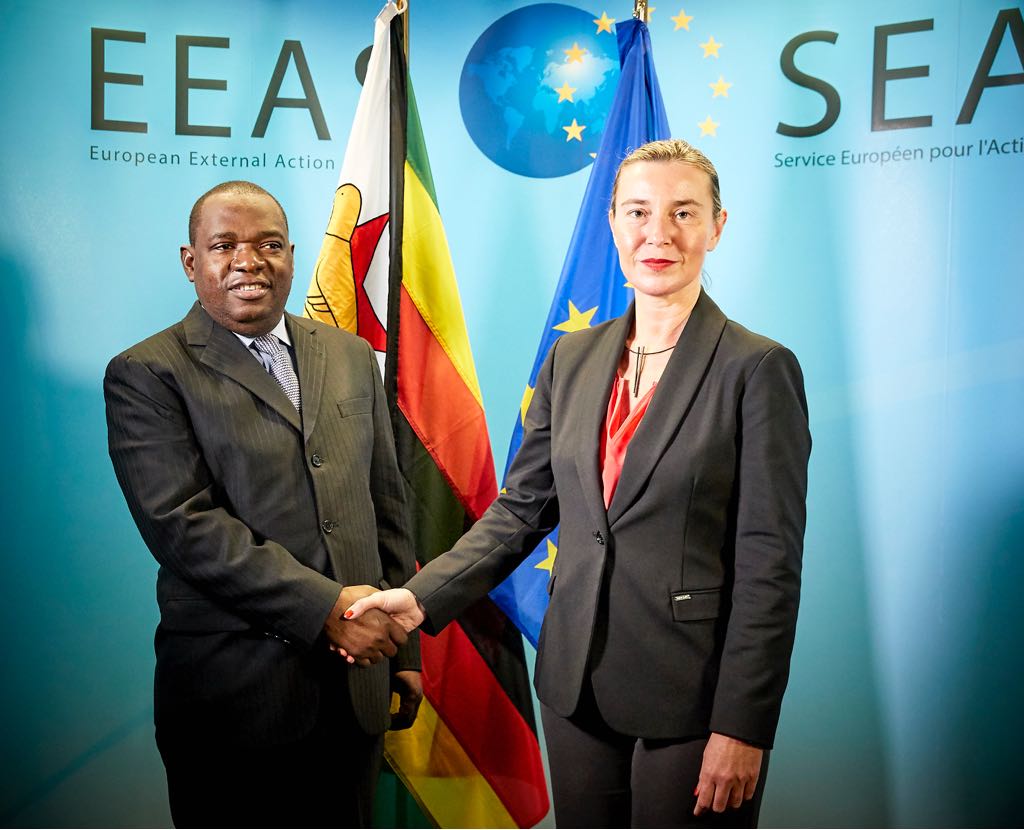 Mogherini announced that the European Union (EU) would deploy an EU Electoral Observation Mission for the upcoming harmonised elections. She underlined the importance of having a legal framework conducive to freedom of expression, freedom of the media and freedom of assembly in place in time for the forthcoming elections.

The announcement comes after the EU sent a nine member election exploratory team led by the bloc’s Head of Democracy and Support Unit, Mr Patrick Costello for pre-election assessment ahead of the harmonised elections this year. The team met with various stakeholders, including opposition parties and civic society.

Sibusiso Busi Moyo (SB Moyo) was a Zimbabwean politician. Moyo became famous when he appeared on national television in the early hours of 15 November 2017, announcing the military intervention by the Zimbabwe Defence Forces. In Nov 2017, he was named Minister of Foreign Affairs... Read More About Sibusiso Busi Moyo

Ibbo Mandaza is a politician, academic and businessman who is also the director of a local think-tank Sapes Trust. Read More About Ibbo Mandaza