On Tuesday this week, Bulawayo High Court judge Justice Francis Bere dismissed an urgent application which had been filed against the leader of the breakaway MDC-T party, Thokozani Khupe. The application which was filed by MDC-T (Chamisa) acting chairperson Mr Morgen Komichi wanted to stop Dr Thokozani Khupe, Mr Abednico Bhebhe and Mr Obert Gutu, from “unlawfully exploiting and abusing its registered MDC-T trademark, symbols and signs.” Komichi argued that the trio had been dismissed from the party and had no right to use the party trademark, symbols and signs as this would lead to confusion.

Nelson Chamisa said the judgement is “political, controversial, appealable and contestable.” In a statement released on Wednesday, the faction said the judgment changes nothing.

On the other hand Khupe has welcomed the decision by Justice Bere and has since indicated that she will use the judgement to seek her share of the $1.8 million which was disbursed to MDC-T ( Chamisa) under the Political Parties (Finance) Act.

Below is the full judgement by Justice Bere: 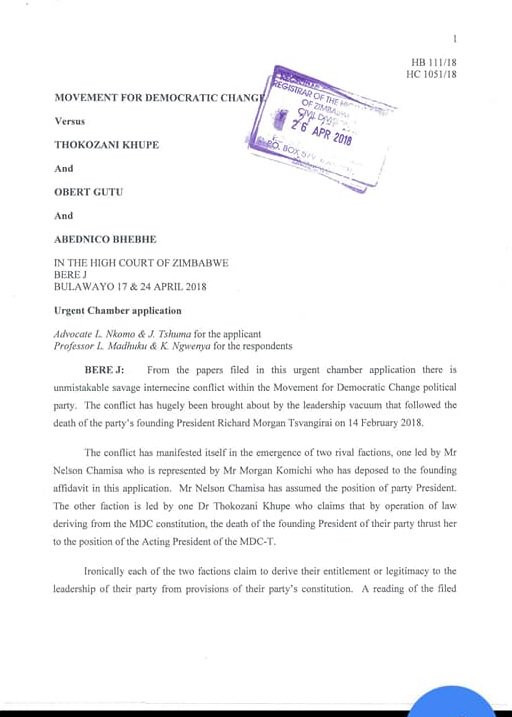 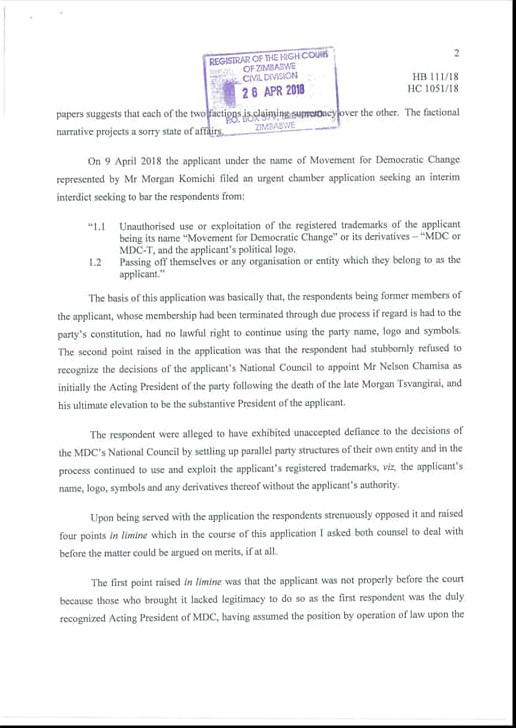 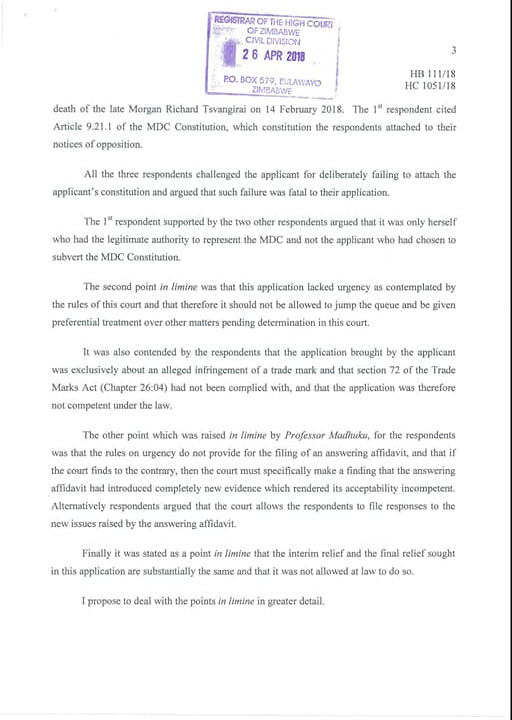 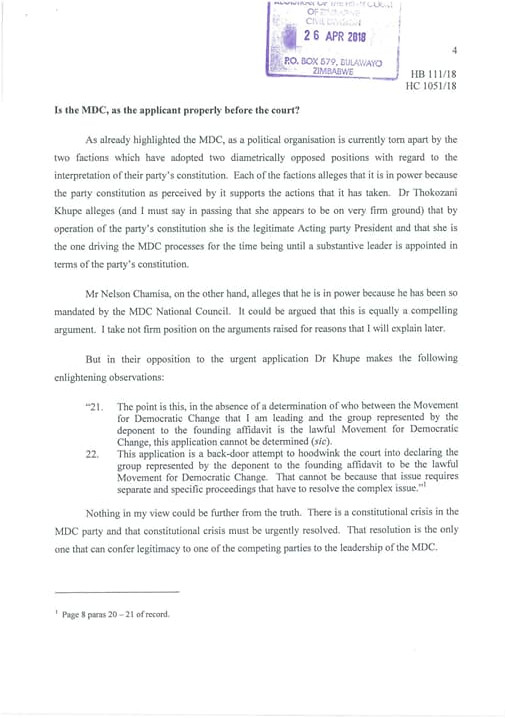 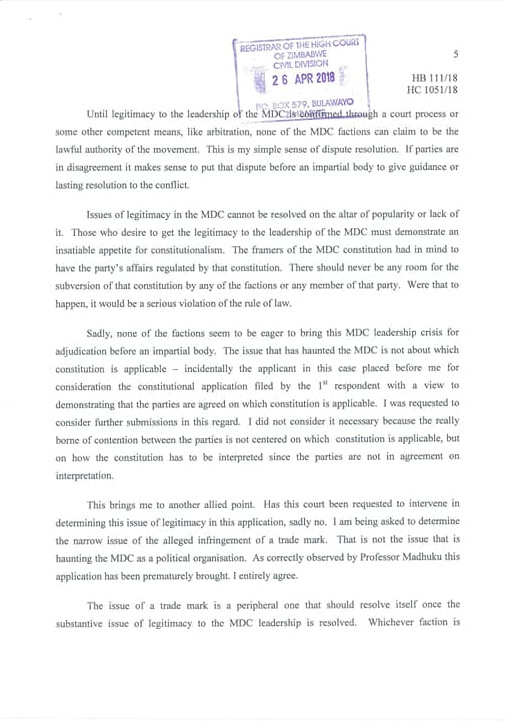 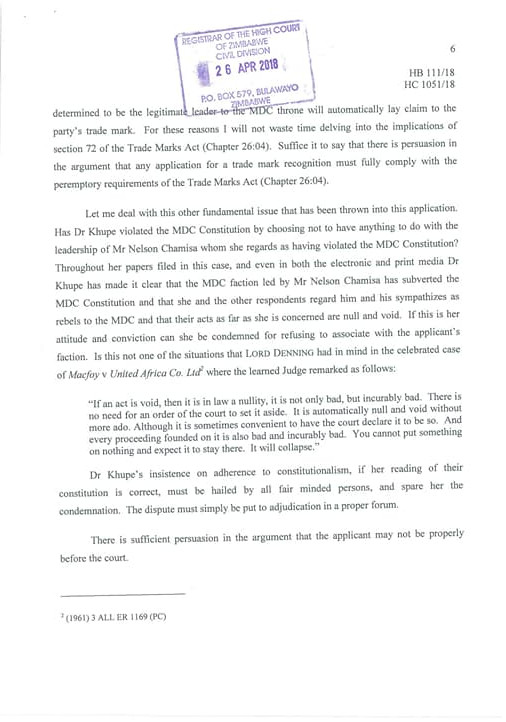 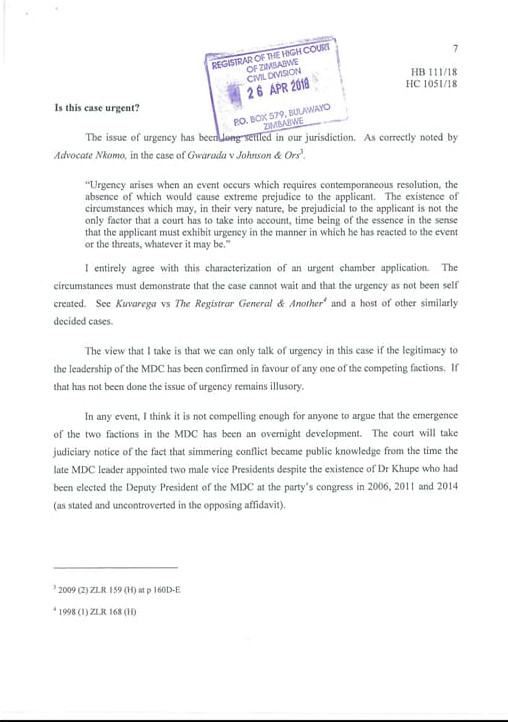 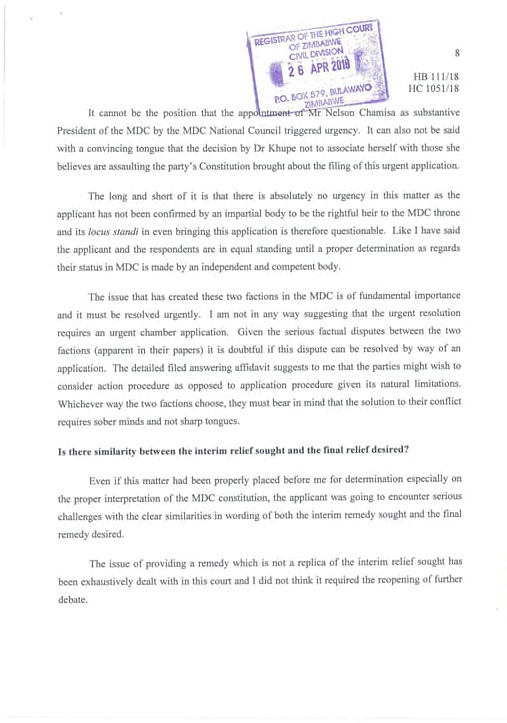 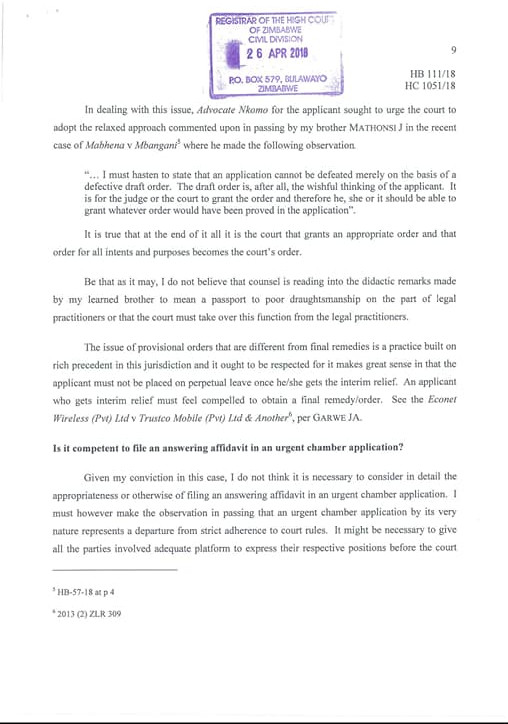 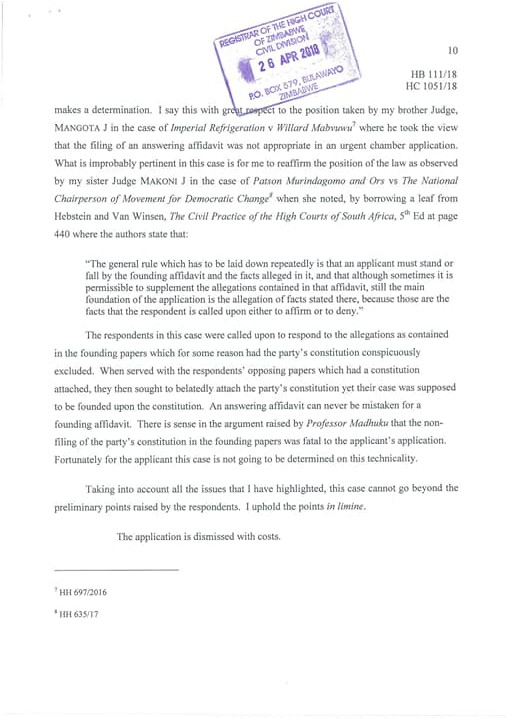 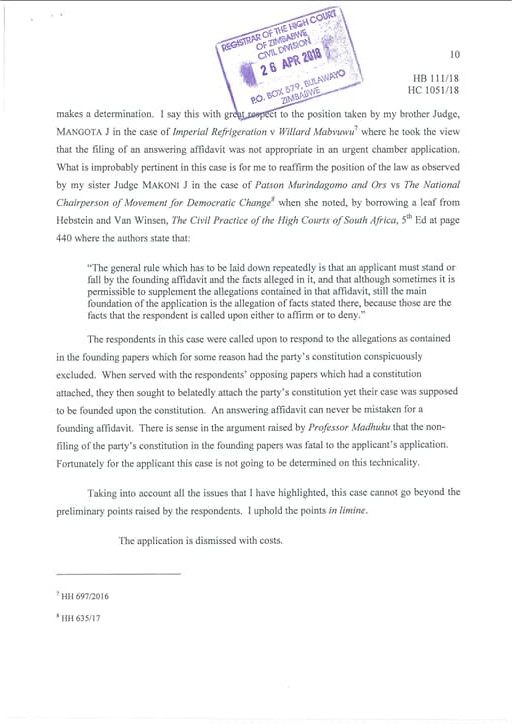