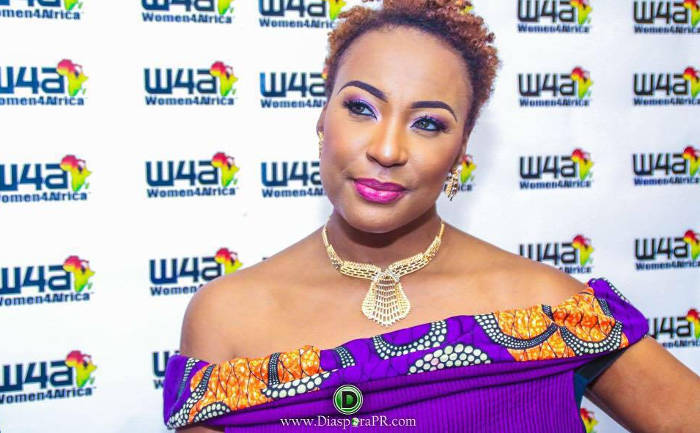 Celebrity and Nigerian based media personality, Vimbai Mutinhiri, has accused a Zanu-PF Member of Parliament hopeful Glorianne Francis of witchcraft. Francis, who is popularly known as Glo Diamond, was in the same car with Vimbai’s late sister Belinda Mutinhiri, when the car crashed killing Belinda on the spot in 2016.

In several tweets, Vimbai suggested that Glorianne is not fit to run for public office.

“What people are you running for? You’re had two accidents where both your passengers died under simmilar circumstances. Is that the blood you were seeking to move yourself foward? Sweetie, I pray you have repented from your witchraft ways. “Sprinkles holy water”” 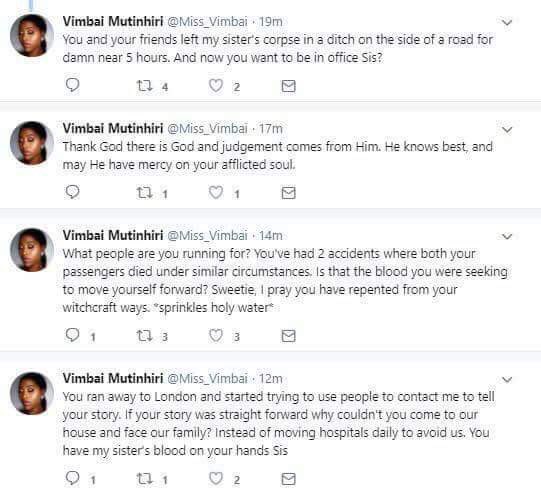 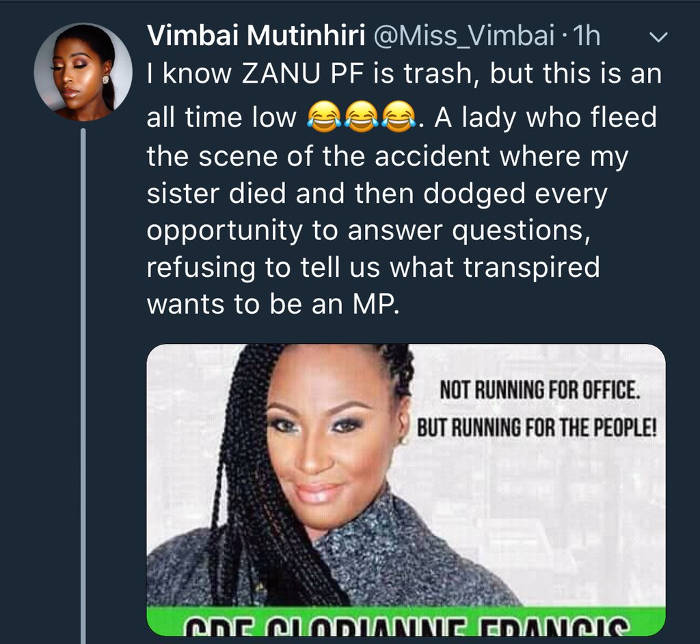 In a conversation on Twitter involving a prominent journalist, Chofamba, and Zanu-PF UK member Nick Mangwana  Vimbai was accused of “misrepresenting facts to suit your account”. Mutinhiri has since deleted her tweets.

Vimbai Mutinhiri is a Zimbabwean model, television personality, actress, musician and a former Big Brother Africa housemate. She started her career at the tender age of 14. She has hosted and co-hosted several events including the Africa Magic Viewers Choice Awards (AMVCA) in 2013. She... Read More About Vimbai Mutinhiri